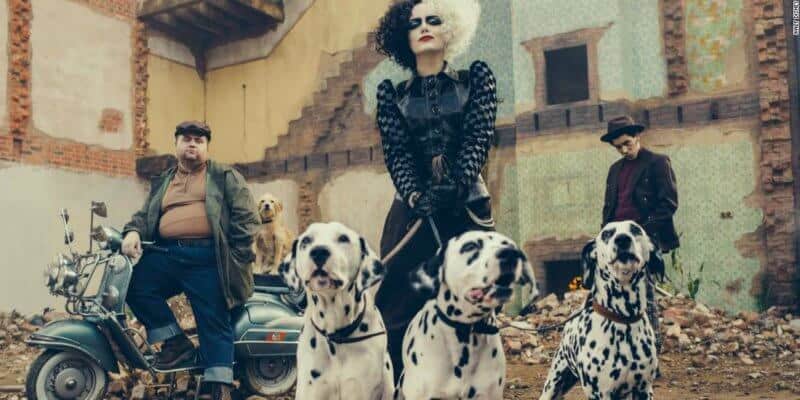 Disney’s newest origin story Cruella is based on one of the most well-known villains in the Disney universe, Cruella De Vil.  The film will make its theatrical debut in theaters on May 28.

Cruella will have what is called a “simultaneous release”.  That means that it will be released in theaters and on Disney+ on the same day.  Raya and the Last Dragon was released the same way in March 2021.

Here is what we know about Cruella and how you can watch it on Disney+.

What We Know About Cruella

The live-action origin story was actually announced a decade ago, in 2011.  From there, things took a while to progress.  In 2016, it was announced that Emma Stone (Easy A, La La Land) would be playing the titular character.

The film was originally scheduled to be released in December 2020, but was pushed back due to the COVID-19 pandemic.

The film was directed by Craig Gillespie.  The screenplay was written by Dana Fox and Tony McNamara with Aline Brosh McKenna, Kelly Marcel and Steve Zissis receiving “Story By” credit. The film is based on the novel “One Hundred and One Dalmatians” by Dodie Smith.

Cruella will introduce a new villain, Baroness Von Hellman, who will be played by none other than Emma Thompson.  Thompson is also known for her role as Mrs. Potts in the 2017 live-action remake of the Disney classic, Beauty and the Beast.

According to Disney Wiki Fandom, the Baroness will go head-to-head with Cruella and have a direct impact on shaping the villain we love to hate.

In Cruella, Estella’s flair for fashion catches the eye of the Baroness von Hellman, a fashion legend who is devastatingly chic and terrifyingly haute. But their relationship sets in motion a course of events and revelations that will cause Estella to embrace her wicked side and become the raucous, fashionable, and revenge-bent Cruella.

What is Cruella Rated?

In an interesting turn, Cruella has been rated PG-13.  It’s predecessors, including the original 101 Dalmatians, the live-action 101 Dalmatians, and 101 Dalmatians 2: Patch’s London Adventure have all received G ratings.  With its PG-13 rating, it seems that Disney is targeting an older, more mature audience.

Here is the film’s official trailer:

You can also watch the second official trailer for the film here.

There will be an additional fee for those Disney+ members who wish to watch with Disney+ Premier Access. To date, Premier Access titles have been priced at $29.99.

How Much Will It Cost to Watch Cruella?

Like both Mulan, which was released on Premier Access in 2020, and Raya and the Last Dragon, also released with Premier Access this past March, watching Cruella will come with the aforementioned $29.99 price tag.  However, once the film is purchased on Disney+, it can be viewed as many times as you want.  Paying the fee also gives you access to the film before it is released to all Disney+ subscribers at a later date.

There is currently no date for when the film will be released to all Disney+ subscribers.

Will you be paying the Premier Access fee for Cruella when it comes to Disney+?  Let us know in the comments!

Comments Off on How You Can Watch ‘Cruella’ on Disney+