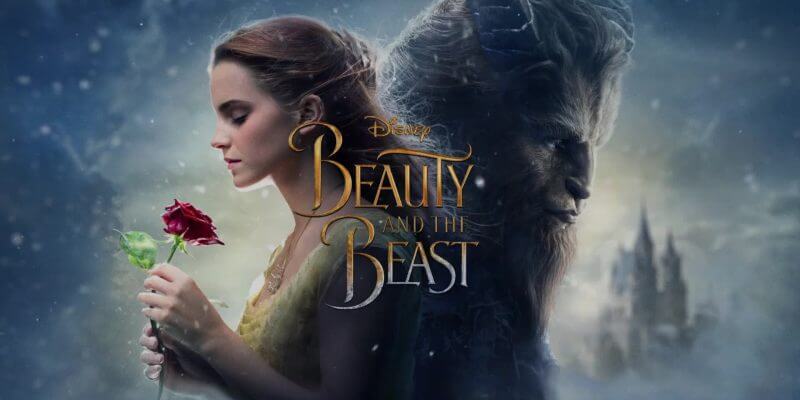 This past March’s live-action retelling of Disney’s “Beauty and the Beast” was a smash hit at the box office and a crowd-pleaser with Disney fans, raking in both accolades and plenty of money worldwide. And now, less than three months after its theatrical release, the movie has made its way to the home video market with all the Belles and whistles you would expect from Disney.

While I wasn’t completely blown away by the film when I reviewed it this spring, I have to say the new Blu-ray set (available starting today on Amazon.com) is an impressively-assembled offering that is sure to please any fan who wants to place it on his or her shelf next to the beloved 1991 animated classic. In addition, viewers have the option of watching “Beauty and the Beast” with the Roadshow Presentation Overture intact before the start of the story, or in Sing-Along mode with lyrics to all the songs at the bottom of the screen.

The bonus features total almost two hours worth of content if you include the “Disney Song Selection” that isolates and repackages the movie’s musical numbers for easier access. There are some terrific behind-the-scenes moments collected here, many of which are often more candid and surprising than what you would expect to see from a high-profile Disney release. Let’s take a look at what’s included.

“Enchanted Table Read” (13:31) – One of the more entertaining selections presented here, it’s no wonder the producers of this release chose to place it first. Documenting the elaborate staged reading of the movie’s script, this piece showcases stars like Luke Evans and Emma Thompson’s singing, the choreographed dance numbers, and enthusiastic performances that went into the first grand meeting between the film’s large selection of creative talent.

“A Beauty of a Tale” (27:08) – The longest featurette on the disc is a standard making-of documentary cutting together behind-the-scenes footage with interviews with the cast, director Bill Condon, and songwriter Alan Menken. Divided into several smaller parts, the piece details how the film came together, as you would expect.

WATCH “A BEAUTY OF A TALE” CLIP:

“The Women Behind ‘Beauty and the Beast'” (5:17) – A short piece highlighting the contributions that women made to the movie, especially in leadership roles. From the production designer to the casting director, set decorator, costume designer, and film editor, many of the key roles were held by women who are interviewed here.

“From Song to Screen: Making the Musical Sequences” (13:26) – A slightly more in-depth look at how several major musical numbers were put together, including “Belle,” “Be Our Guest,” “Gaston,” and the ballroom sequence for the title song “Beauty and the Beast.”

WATCH “DAYS IN THE SUN” CLIP:

“Extended Song: ‘Days in the Sun'” (4:08) – An interesting tidbit included here is that early test audiences were confused by the color of the Prince’s mother’s hair, conflating her character with the Enchantress. Condon explains why they had to reshoot this scene, but presents the original version here.

Deleted Scenes with introduction by Bill Condon (6:23) – “Gaston Courts Belle” / “Bread and Jam for Agathe” / “Storming the Ice Gates” / “Lumiere Torches LeFou” / “Monsieur Toilette” / “Cogsworth Rescues Lumiere” / “Treacle the Lasses” / “LeFou and Monsieur Toilette Reunite” – The most interesting scenes here reveal the alarmingly revolting character of Monsieur Toilette (played by Stephen Merchant of “Logan”), who apparently has been ingesting excrement during the entire time the Beast has been cursed.

“Making a Moment with Celine Dion” (3:24) – The Canadian singer talks genuinely about how participating in the original Disney nimated “Beauty and the Beast” movie helped launch her career, and why she came back to contribute to the music for the live-action remake.

“‘Beauty and the Beast’ music video by Ariana Grande and John Legend” (4:02) – The two pop stars present their rendition of the beloved song written by Alan Menken and Howard Ashman, in a music video directed by Dave Meyers (“The Hitcher”).

“Disney Song Selection” (33:09) – Presented at the very end of the bonus features list is the option to watch only the musical numbers from the movie, without any of that pesky talking in-between. Lyrics appear on-screen for fans who want to sing along.

All told, there isn’t much more you could possibly want or expect from a home video release of this new Disney reimagining of “Beauty and the Beast.” Insightful interviews, unanticipated deleted scenes, a wealth of musical highlights, and of course the movie itself make this a must-own for anyone who loved this modern take on the treasured and timeless fairy tale. The only real shortcoming is the lack of an audio commentary from the cast or director Bill Condon, but that seems happen less and less often these days.

“Beauty and the Beast” (2017) is now available to own on Blu-ray, DVD, Digital HD, and Disney Movies Anywhere, and you can pick up your copy right now on Amazon.com.