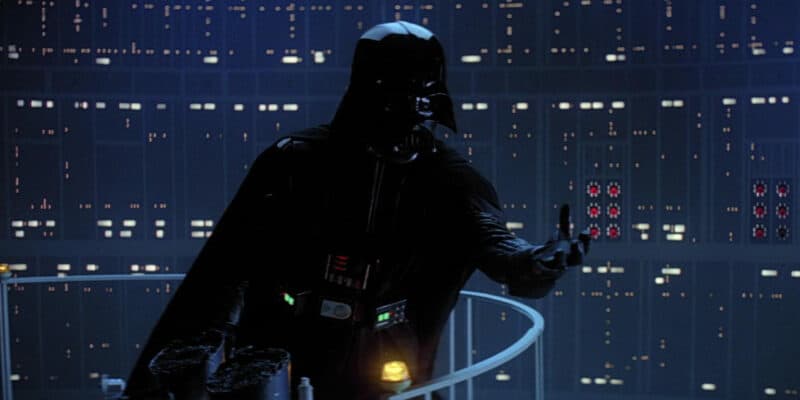 Troy Kotsur has decided to join Variety and recreate iconic moments from Hollywood movies in a video.

Kotsur is the first deaf actor to win an Oscar for Best Supporting Actor after his performance in CODA (2021). Kotsur may not be a recognizable name in 2021, but it soon will be as Kotsur is now getting the recognition he deserves.

The actor has already played a role in the Star Wars universe as a Tusken Raider in The Mandalorian and has played a few minor roles over the years. Since Will Smith blew up the internet after his violent confrontation with Chris Rock, fans didn’t pay attention to Kotsur’s historic moment.

Now the actor decided to make a video where he got to recreate iconic scenes from Jaws (1975), James Bond, Star Wars, and even The Godfather (1972).

Here’s the list of scenes that Troy Kotsur impersonated:

Even though Kotsur’s performance as Darth Vader or Vito Corleone can’t replace the actors, it gives a different perspective of the scenes. Every actor has a place in Hollywood and Kotsur sure is starting to find his after his success with CODA.

It’s wonderful that the actor is making history and letting other actors with disabilities know that their talent can still be seen despite the ongoing struggles they will face. It has been a crazy week with the world still processing what happened at the Oscars and the fact that two legendary actors have decided to retire.

Jim Carrey has decided that it’s time for himself to go back to his quiet life. Unless a script compels him to return to the big screen, the actor plans to stay in retirement. This seems unlikely as Carrey did express that he was content with his career as an actor and is happy to move on with his life.

Bruce Willis also announced his retirement after his family revealed that the actor is struggling with Aphasia, a brain cognitive condition that affects speech and memory. This has made it extremely difficult for Willis to act and so the actor has decided it best to retire and enjoy his time with his family.

Hopefully, Troy Kotsur will continue to be seen in more movies in the near future. CODA is directed by Siân Heder and also stars Marlee Matlin, Daniel Durant, and Eugenio Derbez. It’s currently streaming on Apple TV Plus if you want to see the film that got Kotsur his Oscar.

Did you watch CODA? What were your thoughts? Let us know what you think in the comment section below!