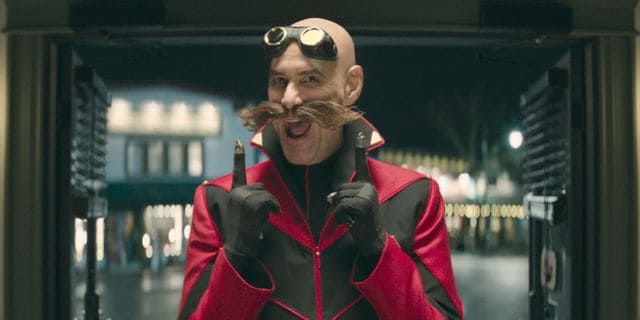 Sonic the Hedgehog 2 (2022) looks like to be Jim Carrey’s final performance.

Jim Carrey has been making audiences laugh for decades as he has starred in several comedy movies over the years. He has even dabbled in the superhero genre as he played Edward Nygma/Riddler in Batman Forever (1995). Now the actor is ready to move on from acting and is pretty serious about his decision.

Even though he is playing the villainous Robotnik in Sonic 2, the actor has mostly been known for his goofy and wildly entertaining performances in movies such as Ace Ventura: Pet Detective (1994) or The Mask (1994). Fans may be thinking that Carrey is joking but the actor made it clear that he is serious about retirement. Carrey shared his plans on Access Hollywood earlier this week:

“Well, I’m retiring. Yeah, probably. I’m being fairly serious,” Carrey said. “It depends. If the angels bring some sort of script that’s written in gold ink that says to me that it’s going to be really important for people to see, I might continue down the road, but I’m taking a break.”

While some actors have been brought back from retirement due to amazing scripts, Carrey did make it clear that he is satisfied with what he has done:

Carrey is now the second actor this week to announce their plans on retiring. Bruce Willis’s family announced to the world a few days ago that the actor will no longer be acting due to his medical condition, Aphasia. Willis was struggling to remember lines and couldn’t work for too long which is why the actor has decided to step away from the movie industry and enjoy his time with his family.

Fans hope for the best with Carrey as Sonic the Hedgehog (2020) was Carrey’s first major role since Dumb and Dumber (2014) as the actor has spent more time enjoying a quiet life. The actor also had fun portraying President Joe Biden on SNL six times in 2021. Now it seems that Carrey will be returning to his quiet life away from drama like the Will Smith fiasco at the Oscars.

Do you think we will see Jim Carrey return to the Movie industry again? Let us know what you think in the comments section below!