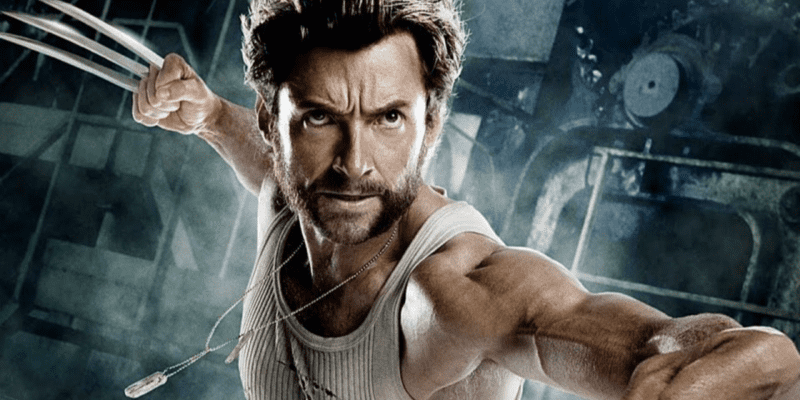 The Marvel Cinematic Universe has dominated movie theaters since 2008, but we don’t really spend a great deal of time talking about the multi-movie superhero film series that started it all — X-Men. While the mere mention of the X-Men film series is now enough to leave a bad taste in our mouths, it wasn’t always doom and gloom.

If we include both Deadpool movies, which are in no way connected canonically yet occupy an X-Men universe all the same, The New Mutants (2020), a film that even the filmmakers probably don’t know where it sits, and Logan (2017), which many fans believe exists in its own separate timeline, then we have 13 X-Men movies to choose from!

Along with the many Batman movies, DCEU movies, and MCU movies, the X-Men film series boasts a huge number of films. And here they are, ranked from the very worst to the very best…

It’s unclear whether or not The New Mutants is actually connected to the X-Men film series. Either way, this horror-wannabe is more interested in plucking familiar faces from then-trendy TV shows and movies (Game of Thrones‘ Maisie Williams, Stranger Things‘ Charlie Heaton, and Split‘s Anya-Taylor Joy) than it is in telling even a half-interesting story.

X-Men: The Last Stand (2006) is the most hated entry in the X-Men film series. While not a disaster on a technical level (there are some impressive action sequences and mutant-related special effects), in terms of storytelling, even Hugh Jackman (Logan/Wolverine) and Halle Berry (Ororo Munroe/Storm) aren’t enough to make up for the absurdly paper-thin plot.

Even before X-Men Origins: Wolverine (2009) hit theaters, Fox promised that more solo movies in the series would follow, from “Magneto” to “Gambit”. Diehard Hugh Jackman fans will probably love this film, but if you’re a fan of Logan/Wolverine — and Wade Wilson/Deadpool, for that matter — prepare to be just as speechless as Ryan Reynolds is during the third act.

Does The Wolverine (2013) do anything to remedy the memories of its cheesy 2009 predecessor? Well, it does take itself a bit more seriously, but the only real plus is having James Mangold at the helm, who would go on to direct Logan. Otherwise, while in no way a disaster, this is still pretty forgettable stuff, even if Hugh Jackman is, as usual, on top form.

Just when things looked promising for the X-Men film series, with X-Men: First Class (2011) and X-Men: Days of Future Past (2014) having restored fans’ faith, along came X-Men: Apocalypse (2016). The new line-up of X-Men leaves a lot to be desired, while Oscar Isaac‘s titular villain looks like Ivan Ooze (Paul Freeman) from Power Rangers: The Movie (1995).

The fourth movie in the X-Men prequel/reboot series, X-Men: Dark Phoenix (2019), sees Sophie Turner return as Jean Grey, having first appeared in X-Men: Apocalypse. But unfortunately, her bland performance doesn’t do this lukewarm film any favors. Jennifer Lawrence turns in a solid performance as Raven Darkholme/Mystique, though, but Dark Phoenix just feels a little too late.

Speaking of prequels/reboots, X-Men: First Class was the first in the new series of X-Men films. Charles Xavier/Professor X (James McAvoy) and Erik Lehnsherr/Magneto (Michael Fassbender) lead a new team of mutants, but certain events see them become arch enemies. A fresh lick of paint is just what this series needed, even if this movie does feel more like a ’60s spy caper.

Back in the day, X-Men (2000) was considered a solid movie, but in hindsight, it’s easily among the most forgettable. Nevertheless, Patrick Stewart, (Charles Xavier/Professor X), Hugh Jackman, and Ian McKellen (Erik Lehnsherr/Magneto) save this movie from total mediocrity. There are some great action sequences too, even if the effects haven’t aged well.

X-Men: Days of Future Past sees the return of the new line-up of X-Men actors, such as James McAvoy, Jennifer Lawrence, and Michael Fassbender. Hugh Jackman is also back as Logan/Wolverine, and must travel back in time to prevent a future apocalypse. While this is the movie that well and truly messes up the X-Men film series forever, it’s somehow still one of the best.

It was no surprise that we didn’t have to wait long for Deadpool 2 (2018) — the original made over $782 million at the global box office. This time, Wade Wilson/Deadpool (Ryan Reynolds) leads “X-Force”, with Domino (Zazie Beets) and Cable (Josh Brolin) as excellent supporting characters. And don’t get us started on Celine Dion’s incredible accompanying track, “Out of Ashes”!

X2: X-Men United (2003) is easily the most solid movie in the original X-Men series. Logan/Wolverine, Ororo Munroe/Storm, Scott Summers/Cyclops (James Marsden), Jean Grey (Famke Janssen), and Charles Xavier/Professor X are all at the top of their game as they battle Erik Lehnsherr/Magneto and Brian Cox’s ruthless William Stryker, in this pulse-pounding actioner.

While in no way canon with the X-Men film series (at least not until the MCU says so), Deadpool (2016) is still an X-Men movie. And the reason it isn’t connected with the wider series? Well, it’s all fourth-wall-breaking stuff, as Ryan Reynolds gives fans the Wade Wilson/Deadpool they’ve been waiting for. Deadpool is a gruesome, hilarious, action-packed, and strangely romantic affair!

On the subject of canonicity, it’s difficult to determine whether or not Logan is actually part of the X-Men film series, but it doesn’t really matter, because the less it has to do with its predecessors, the better. Hugh Jackman unleashes a beastly performance as “Old Man” Logan/Wolverine, as he protects a young mutant (Dafne Keen) and a deteriorating Charles Xavier (Patrick Stewart).

How would you rank all the X-Men movies? Let us know in the comments below!