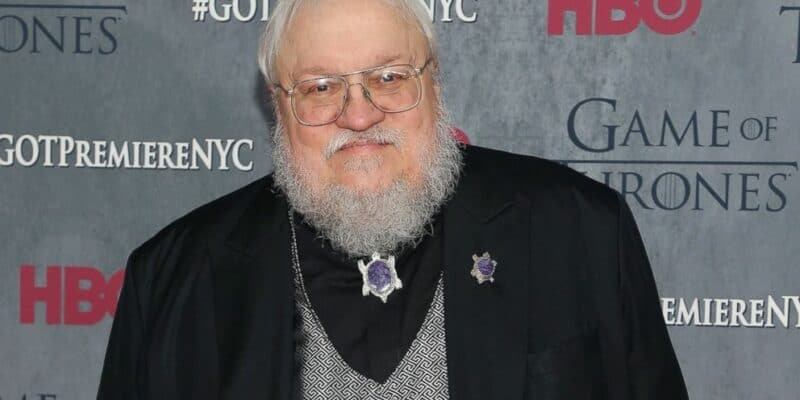 George R.R. Martin, the legendary author for Game of Thrones has announced he is partnering with Marvel.

Many actors from Game of Thrones have reappeared in Star Wars and Marvel projects such as Pedro Pascal as the Mandalorian, Emilia Clarke in Secret Invasion and Solo: A Star Wars Story (2018), Kit Harrington (Dane Whitman/Black Knight) in Eternals (2021), Peter Dinklage in Avengers: Infinity War (2018), Hannah John-Kamen in Ant-Man and the Wasp (2018) and of course many more.

Martin has written many different things over the years and one of his older anthology series, Wild Cards is being adapted into comics. This series was worked on by Martin, Howard Waldrop, and Roger Zelazny, and the first book was released back in 1987. Martin was able to share the news with Hollywood Reporter as he expressed his excitement for the project:

“As my fans may already know, the Wild Cards World holds a special place in my heart. So to have the privilege of announcing that an industry titan like Marvel is going to produce the narrative from the beginning as a comic book brings me no end of joy.”

The new project will be led by writer, Paul Cornell, and artist Mike Hawthorne. Cornell was able to share more about the project and why he was excited to get started:

Wild Cards is still a unique take on superheroes, a creation story that’s influenced everything since, but still maintains its power. It’s an honor and a pleasure to bring all these wonderful stories to their natural home at Marvel, and I hope to give George, Melinda and the rest of the Wild Cards Collective the credit they deserve for making the superhero myth new again. Plus: just look at that art!

Wild Cards is a story set in an alternate post-World War II world with America being the home of superpowered individuals. There is an alien virus called the Wild Card virus and if a human gets sick, “drawing the black queen” is a term used to refer to those who will surely die while “jokers” represented the ones who received mutations from the diseases. “Aces” were the people who had superpowers whether they used them for good or villainous purposes.

What else can you expect from Marvel Comics?

Related: “We Made a Mistake, We Missed Some,” Marvel’s Mutants Prep For Battle

Marvel Comics has been leading up to a climactic fight between the Eternals (now under the control of Thanos) and the X-Men with the Avengers caught in the crossfire. The titled event will be called Judgement Day as the Eternals believe the mutants are actually deviants, their ancient enemy. Fantastic Four: Reckoning War will also be a big event that has been years in the making and will tie into many different parts of the marvel universe. Daredevil will be debuting with a new series this summer and Obi-Wan Kenobi will receive a mini-series following up the release of Obi-Wan Kenobi, the highly anticipated Star Wars series on Dinsey+.

Of course, there are lots of things to look forward to in comics and in the Marvel Cinematic Universe while we wait for Doctor Strange in the Multiverse of Madness. On Disney+  you can expect Moon Knight on March 30, Ms. Marvel in Summer 2022, and She-Hulk to debut this year. For movies, Doctor Strange In the Multiverse of Madness comes out on May 6, followed by Thor: Love and Thunder on July 8, and Black Panther: Wakanda Forever on November 11.

Are you excited for Wild Cards? Let us know in the comments below!