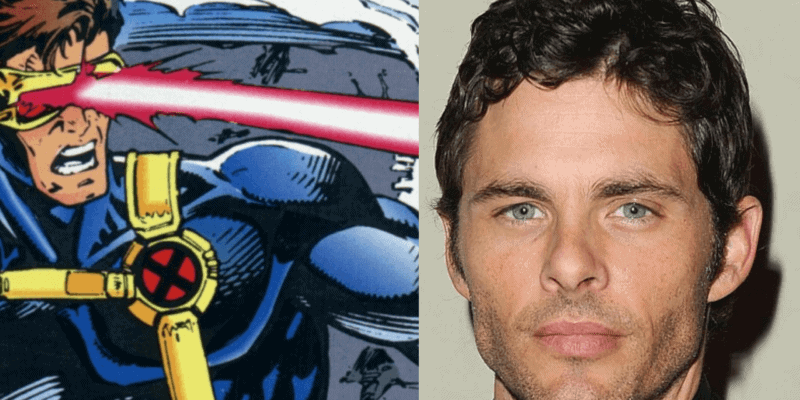 Can you believe it’s been 20 years since we first saw the original X-Men on the big screen? It feels like it was just yesterday when Patrick Stewart, Hugh Jackman, Famke Janssen, Ian McKellen, Halle Berry, Anna Paquin and of course, actor James Marsden all united onscreen to release the original movie.

At the time, superhero movies weren’t a safe bet for making money and director Bryan Singer was certainly taking a risk with the launch of what would become a huge franchise for Fox (now Marvel).

James Marsden —  who has played Scott Summers (or Cyclops) on and off since the beginning — has been spending time reflecting on his role in the franchise.

Speaking to Cinemablend, he had this to say on his time with X-Men:

“I think we all hoped it would become what it’s become, and we knew it had the power to with the legacy of the X-Men universe. They’ve been around since 1962, 1963? And so when we first started, it was 40 years of backstory and superfans. So we knew if we do this right, this could be something forever, for a long, long time. I’d hoped, but I did not anticipate that they’d still be making them. I mean, I thought maybe they’d make 4 or 5 of them in its success, but how many have they made now, 10? So it’s kinda crazy and really cool.”

James Marsden has had a role in many of the movies as his cyclops character but has also recently been in hit shows like Westworld and movies such as Sonic the Hedgehog.

Now that the X-Men characters will be part of the Marvel Cinematic Universe, it’s going to be interesting to see what Marvel does with beloved on (and off) screen iconic mutants like Cyclops, Wolverine, Dark Pheonix, and Professor X.

Kevin Feige and the team have got a tough job ahead of them in getting the characters into the MCU and my gut feeling is still that they will be introduced during the events of the next Doctor Strange movie, The Multiverse of Madness.

Which has been your favorite X-Men movie? Let us know in the comments below!