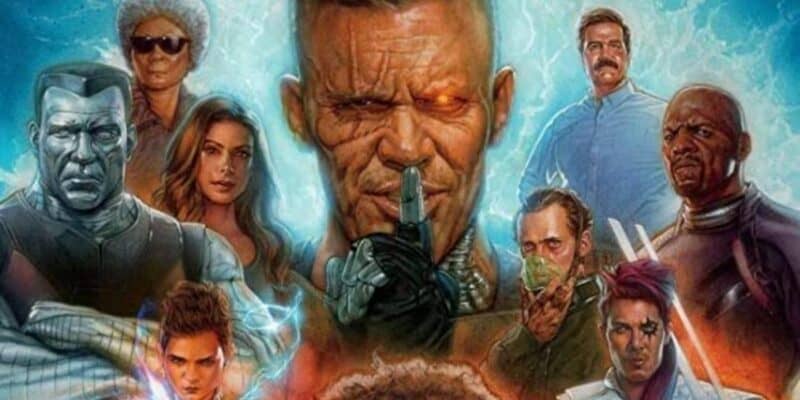 Marvel Studios finally seems to be working on Deadpool 3 starring Ryan Reynolds as Wade Wilson/Deadpool AKA the Merc with a Mouth. With such a packed Marvel Phase Four, Deadpool 3 seems to have been on the back burner as it makes the jump from the 20th Century Fox Marvel Universe to the Marvel Cinematic Universe. Marvel fans want to know if Hugh Jackman will return as Logan/Wolverine but while that remains unlikely, Ryan Reynolds did confirm one character from Fox’s Deadpool franchise will return in Deadpool 3 with him.

Deadpool 3 just landed Shawn Levy (The Adam Project, Free Guy) to direct the MCU’s first r-rated film. It will be written by Bob’s Burgers’s Molyneux sisters, Wendy Molyneux and Lizzie Molyneux-Loeglin but until now, there have been no other actors signed onto the film besides Ryan Reynolds.

Zazie Beetz confirmed that as of March of last year, Marvel Studios has not reached out to her at all about returning as the mutant Domino. Josh Brolin also revealed that he is ready and willing to return to the MCU as Cable – even though he already played Thanos in Avengers: Infinity War (2018) and Avengers: Endgame (2019).  Since Deadpool 2 ended with Wade traveling back and saving Vanessa (Morena Baccarin) she could also come back. But it was unclear if Kevin Feige was secretly planning on rebooting the whole franchise, keeping only Ryan Reynolds.

But Ryan Reynolds has revealed that one actress from the first two Deadpool films is returning in Deadpool 3. Leslie Uggams, who played Wade Wilson’s landlord Blind Al in Deadpool (2016) and Deadpool 2 (2018), tweeted out praise for her friend’s new film The Adam Project, currently streaming on Netflix saying:

“5 stars for this wonderful film! #Deadpool pal @VancityReynolds  has done it again, exploring the father/son relationship as a timeless force. There’s a lovely homage to #FieldOfDreams too. Director @ShawnLevyDirect is now attached to the upcoming #Deadpool3, too. Should be great”

To which Ryan Reynolds said:

“Thank you, Leslie. See you soon”

Followed by three crossed swords emoji, a reference to the two katanas Deadpool wears crossed on his back.

Leslie Uggams (Love Boat and Roots) brought the comic book character of Althea/Blind Al to life. Blind Al first appeared in Marvel comic Deadpool, Vol. 3 #1 (1997) by Joe Kelly and Ed McGuinness. The former British intelligence agent first met Deadpool after he was hired to kill her, this was before he underwent experiments during the Weapon X program that turned him into a mutate. Deadpool later kidnapped her but she would eventually let him live with her, much like in Deadpool.

Marvel fans are still speculating how much Fox’s X-Men films will show up in the Marvel Cinematic Universe. Patrick Stewart was revealed in The Doctor Strange in the Multiverse of Madness (May 6, 2022) but is still denying he will be playing Professor Xavier.

Let us know in the comments if you are excited for more news from Deadpool 3.