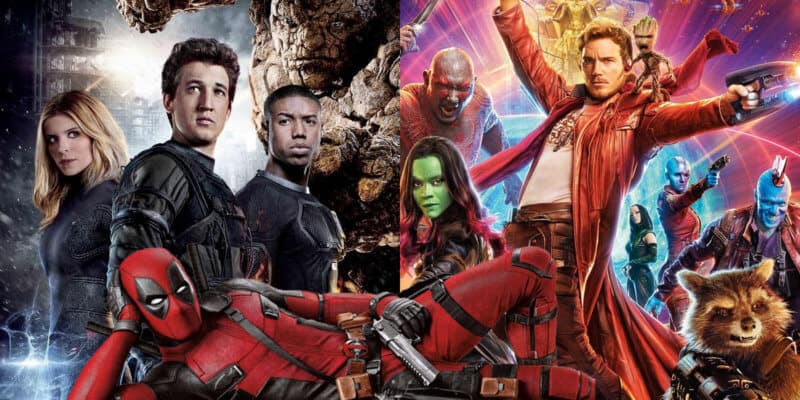 Marvel’s Phase Four is Kevin Feige’s biggest phase yet. They have announced over 40 projects that coming down the pipeline, including Marvel movies and new original series coming to Disney+ sometime in the next two years. Of those, nearly 30 projects that have been officially announced have only received minor updates. And rumors surround of nearly two dozen unofficially announced MCU works that could still be coming.

Despite delays, Marvel Studios has already released the first wave of projects including WandaVision. The Falcon and the Winter Soldier, Loki, Black Widow, What If…?, Shang-Chi and the Legend of the Ten, Eternals, Hawkeye and Spider-Man: No Way Home.

But there are so many projects that have been announced and have had little to no updates. And only the films have even gotten official release dates. So here’s a rundown of the status of each of these elusive Marvel Cinematic Universe offerings.

Related: Marvel Fan Drops $2.4 Million on Merch That Started It All

Every rumored project Marvel is hiding from fans

The Marvel Police have tried to keep the rest of their Phase Four plans under wraps but fans have many guesses of what is yet to come. There were talks for a while of a Deadpool animated series but no official order for the series has been placed. The biggest rumor is a Daredevil series starring Charlie Cox as Matt Murdock. This seems almost certain to happen now that the Netflix Marvel shows are on Disney+ and Cox reprised his role in No Way Home. What remains to be seen is if this will be a reboot or Daredevil season 4.

“Blind Faith Productions LLC,” a reference to Murdock’s blindness and Catholicism, is rumored to be the production company behind an MCU Daredevil project. And rumors have speculated that much of the original cast could return.

The Young Avengers are most likely coming as a series on Disney+. Members of the Young Avengers have been popping up all over phase four. Billy/ Wiccan (Julian Hilliard) and Tommy/ Speed (Jett Klyne) popped up in Marvel’s first Disney+ original series, WandaVision. Some have speculated that they could also get their own spin-off searching for their mother Wanda based on the comic book Children’s Crusade.

Other Young Avengers include Kate Bishop/Hawkeye (Hailee Steinfeld), and Elijah Richardson was Eli Bradley/ Patriot in The Falcon and the Winter Soldier. America Chavez/Ms. America (Xochitl Gomez) in Doctor Strange in the Multiverse of Madness is also rumored to be getting her own project.

It is also clear that an evil team of superheroes led by Contessa Valentina Allegra De Fontaine (Julia Louis-Dreyfus) is coming to the MCU. It could be the Dark Avengers or the Thunderbolts, or even both. Members could include Sharon Carter/Agent 13/Power Broker (Emily VanCamp),  John Walker/U.S. Agent (Wyatt Russell) and Yelena Belova (Florence Pugh).

However, if Thaddeus “Thunderbolt” Ross (William Hurt) was meant to be involved in this project it could be delayed. Hurt recently passed away.

Another sure bet is Midnight Sons, a team of darker heroes like Moon Knight, Blade, and Ghost Rider. Moon Knight and Blade have been featured in Phase Four already and Marvel appears to be in talks to cast Ghost Rider.

There is also a rumor of a solo Ghost Rider project. Though it is not clear if that will focus on Johnny Blaze or Robbie Reyes, who was played by Gabriel Luna on Agents of SHIELD. Another rumored project that would retcon SHIELD is Secret  Warriors, that team was led by Daisy Johnson/Quake (Chloe Bennet) and composed of superpowered individuals, namely Inhumans.

Related: Sony Might Have Just Confirmed “Morbius” Is an MCU Movie

Scarlet Johanson is rumored to be returning to the MCU behind the scenes and fans expect this project will be an adaption of A-Force, the team of all-female Avengers. Even though Kevin Feige declared there is no Avengers 5 planned right now there will be other teams coming. This could be the West Coast Avengers or the Illuminati. Even a new adaptation of the Defenders is not out of the question.

There is also a long list of characters with solo projects rumored to be in the works. Scarlet Witch may get another film now that she has reached her full potential. And Marvel Studios filed a trademark for “Marvel Studios Nomad“, which could focus on the version of Steve Rogers in the other timeline.

Namor is coming in Black Panther II and as one of the oldest Marvel characters and it seems certain he will also get his own solo project of some kind. It was also recently leaked that Marvel was working on a “space show”. This could focus on Adam Warlock or Nova, who has been rumored in some shape or form for a few years. Or it could focus on Silver Surfer, which has also been rumored for quite some time.

There are also rumors of an adaptation of World War Hulk, Annihilators, and Man-Thing. As well as a Shang-Chi spin-off focusing on the Ten Rings and Xialing (Meng’er Zhang), who is more than willing to return sooner rather than later.  But Marvel fans have more than enough to keep them occupied.

The next official MCU film will be Doctor Strange in the Multiverse of Madness and fans have already picked apart the trailer. However, two more films set for a 2022 release are still in various stages of production. Thor: Love and Thunder is coming on July 8, 2022.

Directed by Thor: Ragnarok (2018) director Taika Waititi, the fourth entry in the Thor franchise will feature much of the cast of The Guardians of the Galaxy, who are not set to head their own film again until sometime in 2023. This MCU Phase 4 movie will introduce the female Thor, Mighty Thor/Jane Foster (Natalie Portman). With its summer release date drawing near, the trailer should be coming soon.

Black Panther: Wakanda Forever (Black Panther II) is still scheduled for release on November 11, 2022, despite numerous delays caused by Letitia Wright (Princess Shuri), who first held up production by refusing to get vaccinated and was later injured on set. Director Ryan Coogler had a lot to overcome after the tragic death of Chadwick Boseman (T’Challa/Black Panther)

2023 will kick off with The Marvels (Captain Marvel 2) on February 17, 2023. It will star Brie Larson as Carol Danvers/Captain Marvel, Iman Vellani as Kamala Khan/Ms. Marvel and Teyonah Parris as Monica Rambeau/Spectrum or Photon. The Marvels will be directed by Nia DaCosta.

Guardians of the Galaxy Vol 3 directed by James Gunn is coming on May 5, 2023. It will be the final outing for the MCU’s favorite team of miscreants including Star-Lord/ Peter Quill (Chris Pratt), Groot Vin Diesel, Rocket Racoon (Bradley Cooper), Gamora (Zoe Saldana), Nebula (Karen Gillen), and Drax (Dave Bautista).

Ant-Man and The Wasp: Quantumania is still scheduled for July 28, 2023. Paul Rudd will return as Scott Lang/Ant-Man alongside Evangeline Lilly as Hope Van Dyne/Wasp. Directed by Peyton Reed, it will also feature Loki villain Kang the Conquerer (Jonathon Majors) and a recast Cassie Lang (Kathyrn Newton).

Captain America 4 starring Anthony Mackie/Sam Wilson as Captain America – the superhero formerly known as the Falcon was originally rumored to be scheduled for February 16, 2024, but that was never officially announced. It will pick up where Sam Wilson left off in The Falcon and the Winter Soldier and perhaps feature a brand new falcon with Danny Ramirez’s Joaquin Torres.

Blade starring Mahershala Ali has been stuck in development since before the start of Phase Four. His voice appeared at the end of Eternals but despite the long wait all fans know is that Bassam Tariq will direct the film. Likewise, Deadpool 3 starring Ryan Reynolds as Wade Wilson/Deadpool AKA the Merc with a Mouth also seems to be in limbo.

Other films that have been announced like Jon Watt’s reboot of Fantastic Four and the X-Men’s MCU debut have had nearly no details confirmed. It was also confirmed that director Destin Daniel Cretton will return with Simu Liu (Shang-Chi) and Awkwafina (Katy) in a sequel to Shang-Chi and the Legend of Ten Rings.

Every series confirmed for Disney+

She-Hulk starting Tatiana Maslany (Orphan Black) as Jennifer Walters/She-Hulk and Mark Ruffalo as Bruce Banner got a trailer but still has no official drop date. But there are 12 more shows that have been officially announced for Disney+ that have even fewer details.

The animated series I am Groot and Loki Season 2 are rumored to come by the end of 2022. So is Marvel’s first Halloween Special focusing on the Werewolf by Night and The Guardians of the Galaxy Holiday Special. What If…? is also getting a Season 2 along with two confirmed spin-offs – Echo following Maya Lopez (Alaqua Cox) from Hawkeye and House of Harkness the WandaVision spin-off starring Kathryn Hahn as Agatha Harkness.

Dominique Thorne’s Riri Williams will debut in Black Panther II before getting her own series in Ironheart. Marvel also confirmed there will be a Wakanda series, though they also announced that Okoye (Danai Gurira) from Black Panther (2018) would get a series and it is not clear if these are the same show.

Marvel also announced that they were reviving the original X-Men the Animated Series in X-Men ’97.  Moon Girl and Devil Dinosaur is bringing the Marvel Universe to the Disney Channel as well.