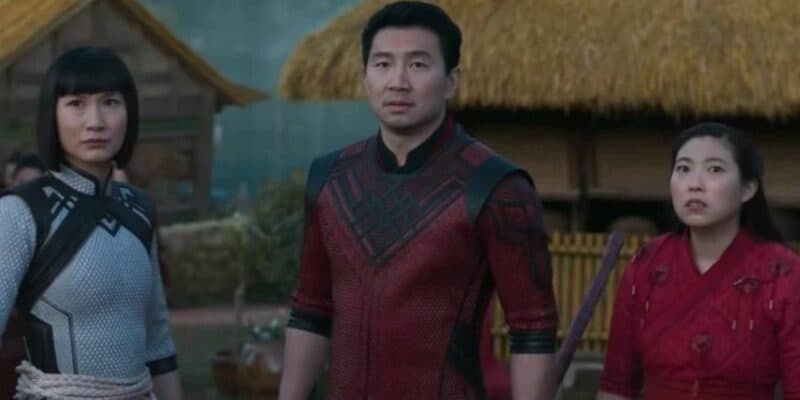 Shang-Chi and the Legend of the Ten Rings crushed the Labor Day Weekend Box Office.  Fans and critics are in love with the latest entry in the Marvel Cinematic Universe. Naturally, Marvel fans are looking everywhere for when their new favorite characters could show up again soon. Luckily, one actor knows which Avenger she wants to meet next.

Shang-Chi and the Legend of the Ten Rings stars actor Simu Liu as the MCU’s first Asian superhero the titular hero Shang-Chi, the Master of Kung Fu, as well as Awkwafina (Shang-Chi’s friend Katy), and Tony Leung (Shang-Chi’s father Wenwu) and is a milestone for Marvel’s Phase 4 plans. Among the big names in the Asian cast, which also includes Michelle Yeoh (Shang-Chi’s aunt Jiang Nan) and Fala Chen (Shang-Chi’s mother Jiang Li) is a newcomer to the MCU Meng’er Zhang (Shang-Chi’s sister Xialing).

Meng’er Zhang recently sat down with Inverse about the future she wants for her character. She revealed that her favorite Marvel superhero is none other than fellow San Francisco-based Scott Lang AKA Ant-Man (Paul Rudd). She said:

“I like the idea of shrinking things. I think it’d [be] so cool and useful in real life, if we could shrink things. I’m going to shrink my parents and put them in my pocket, so they go everywhere with me without buying plane tickets.”

Related: ‘Star Wars’ Has Its Own Little-Known Version of Marvel’s ‘What If…?’

Shang-Chi left Xialing with an open ending that could easily allow her to crossover with Ant-Man and the Wasp/ Hope Van Dyne (Evangeline Lilly). Most of Shang-Chi pulled more inspired from Iron Fist Marvel Comics but Xialing caught up to her comic book inspiration by the end.

Marvel’s Shang-Chi may feel like it stands apart from the rest of the Marvel Universe. But teaser trailers and the film itself hide Easter eggs from earlier films like Iron Man 3 (2013) and includes many cameos. Resuing side characters is a direction that Marvel Boss Kevin Feige wants the new Marvel Multiverse to head in, as Meng’er Zhang points out saying:

“I would love to meet Ant-Man! You [saw] the amazing fights between Abomination and Wong in our films. I’m so excited; I think [that] opens the door to so many possibilities for characters to cross storylines.”

There was also the Black Widow (2021) cameo hidden in Shang-Chi when Shang-Chi first reunites with his sister Xialing in the underground martial arts fight. So it would not be out of the question for her to return in the upcoming Marvel movie Ant-Man and the Wasp: Quantumania  (February 17, 2023) alongside the first Ant-Man — Hank Pym who created the Pym Particles she likes.

She could visit her brother in the Bay Area, where Scott Lang lives before the team enters the quantum realm and fights Kang the Conqueror (Jonathon Majors).

Benedict Wong (Wong) is returning next in Spider-Man: No Way Home (December 17, 2021) and Doctor Strange in the Multiverse of Madness (March 25. 2021). Abomination/ Emil Blonksy (Tim Roth) is returning in the upcoming She-Hulk original series on Disney+. Perhaps Marvel fans will see Xialing again before Shang-Chi 2.

Let us know in the comments if you loved Meng’er Zhang’s performance as Shang-Chi’s sister.