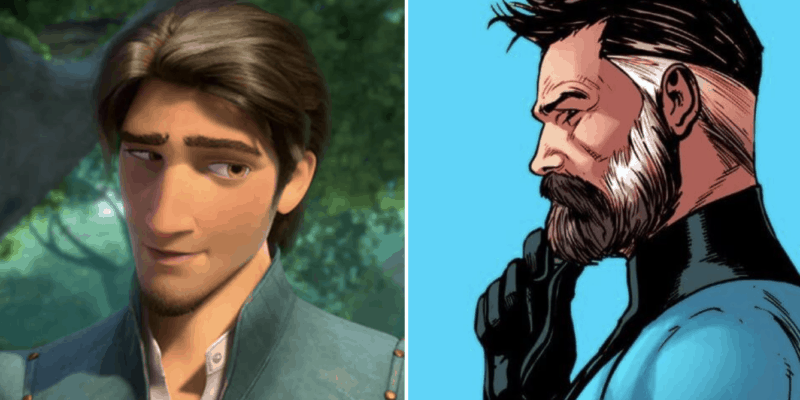 Zachary Levi is undoubtedly best known for his performance as the voice of loveable rogue Flynn Rider in Tangled (2010) alongside Mandy Moore’s Rapunzel.

Now, Levi wants to return to the Marvel Cinematic Universe in a role much bigger than he’s previously played. He recently shared:

“Reed Richards would be kind of fun.”

He then quipped, that he would be perfect for the part of the scientist due to his own “hair [which] continues to salt.”

Levi did add a caveat, noting that he is already so thankful for the roles he has that he doesn’t allow himself to consider future endeavors until they actually come to fruition:

“But to be truthful, I don’t even really allow myself to go down those roads because I’m so good. I’m so set. The fact that I even get to be Captain Marvel/Shazam/Billy Batson, it’s such a fun dream role. And it’s got so much different DNA than almost every other [superhero]…”

As for when Richards — who many fans believe should be played by The Office and A Quiet Place star John Krasinski — will actually make his MCU debut along with the rest of the Fantastic Four, Marvel Studios President Kevin Feige hasn’t given so much as a hint, although some believe that Tom Hiddleston’s Loki was teasing the MCU’s Fantastic Four reboot.

Fans have long been theorizing about who will play Reed Richards/Mr. Fantastic when the Fantastic Four eventually make their Marvel Cinematic Universe debut. Some even thought Darcy Lewis’s (Kat Dennings) engineer friend in WandaVision was going to be Richards, though that didn’t come to fruition.

As Mr. Fantastic, Reed Richards utilizes his scientific brilliance and pliable form to make a difference in the world with what he knows, and explores the unknown to learn everything else he doesn’t.

More on the Fantastic Four

Reed Richards, Ben Grimm, Susan Storm, and her brother, Johnny Storm, were forever changed during an experimental space flight that exposed them to cosmic rays, which gave them super human powers and abilities. In the aftermath of their incredible journey, the four pledged to stay together as a team. They quickly became media sensations, and their celebrity status only grew as they explored the uncharted regions of the universe and confronted evil wherever they found it. But the Fantastic Four are more than just Super Heroes—they’re the first family of the Marvel Universe.

Would you like to see Zachary Levi as Reed Richards?