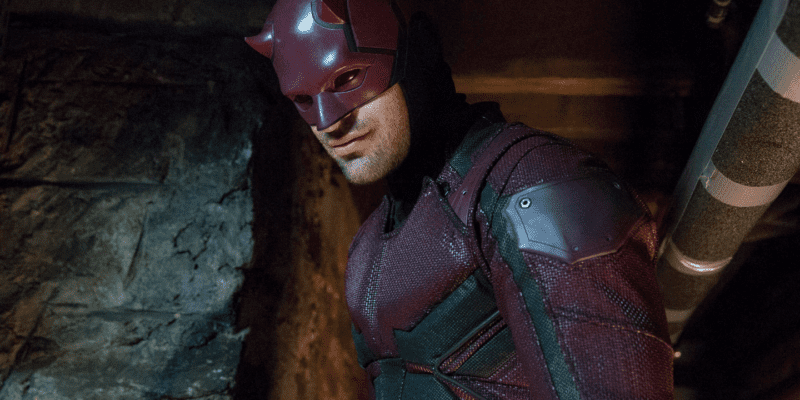 Oscar Isaac may have spoiled the new roster for Midnight Sons.

The actor has been busy promoting his new MCU series, Moon Knight which will release in a few weeks. Early reviews praise the series for embracing a darker tone in the MCU as it has promised to be more gritty than other MCU projects.

Isaac spoke recently in an interview with a Spanish reporter where he was asked if he had two superheroes he wanted to team up with. Instead of listing two superheroes, the actor said he wanted to be a part of the Midnight Sons. He then listed that he wanted the team to include Daredevil, Punisher, Ghost Rider, and Blade. Here’s a clip of the interview below.

In most iterations of the Midnight Sons, Daredevil isn’t included in the roster which led Daniel Richtman to point out that it was odd that the actor added Daredevil to the roster:

Isaac said he never heard about Moon Knight before he was cast meaning he probably didn’t know about the Modnight Sons either. Also I don’t think Daredevil is usually a member(?) So did Oscar just let something slipped

Isaac said he never heard about Moon Knight before he was cast meaning he probably didn't know about the Modnight Sons either. Also I don't think Daredevil is usually a member(?) So did Oscar just let something slipped 👀 https://t.co/4lX80yprh8

Since Isaac didn’t know about Moon Knight beforehand, it’s very possible that the actor just wanted Daredevil to be a part of the superhero group. It’s also possible that Isaac had recently learned about the Midnight Sons and thought it would be cool if Daredevil was involved. One Marvel fan responded to Richtman saying that Isaac probably just looked up the superhero group online:

Yeah but isn’t it actors job to do research about their character? He probably checked the most popular ones for sure or at least read the wiki page.

Yeah but isn't it actors job to do research about their character? He probably checked the most popular ones for sure or at least read the wiki page.

Fans already know that Charlie Cox’s Daredevil will have a role in the MCU now after his cameo in Spider-Man: No Way Home (2021) and Mahershala Ali’s Blade will be entering the MCU soon. That leaves Ghost Rider and The Punisher to enter the MCU next. Jon Bernthal’s The Punisher was added on Disney+ last week with fans now hoping to see the character enter the MCU soon.

Fans are split on whether or not to have Gabriel Luna’s Robbie Reyes from Agents of S.H.I.E.L.D. come back or have Nicolas Cage’s Johnny Blaze as Ghost Rider. Cage has recently shared that Marvel hasn’t opened the door for him to talk about Ghost Rider’s return so it’s possible that Luna will be reprising his role as Ghost Rider.

It’s hard to know if Isaac let something slip as Richtman said or if the actor simply doesn’t know. With the MCU adding new superheroes all the time in Marvel’s Phase Four, it seems that Marvel is trying to set up the Midnight Sons. If that is the case, then it would make sense for Isaac to know about the team.

Perhaps Moon Knight will be setting up the Midnight Sons at the end of the season which is why Marvel didn’t want to confirm a second season yet for the character. Fans are hoping to get a tease for Ghost Rider or the Punisher in the series, but time will tell if this will be the case.

In case you don’t know much about Moon Knight, don’t worry because here’s a short description of the complex hero from Marvel:

Do you think Isaac is teasing who could be in the Midnight Sons? Do you think Daredevil will be on the team? Let us know what you think in the comments section below!

Comments Off on Oscar Isaac Hints Daredevil Team Up is Imminent