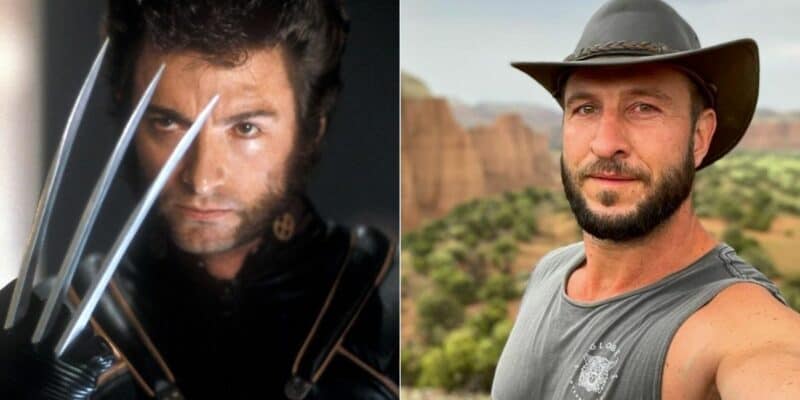 A Marvel mainstay for over fifteen years, actor Hugh Jackman’s Logan AKA Wolverine in the X-Men movie franchise is one of the most popular, credited, and beloved comic book movie characters of all time. But, as the muddled X-Men blockbusters trundled to a close, and with the acquisition of 20th Century Fox (now, 20th Century Studios) by The Walt Disney Company, it is only a matter of time before Stan Lee’s X-Men will arrive in Kevin Feige’s Marvel Cinematic Universe.

Jackman’s tenure as the adamantium-laced mutant is over, which leaves the door open for a new actor to take on the mantle of Wolverine. And, after rumors of an appearance in Sam Raimi’s Doctor Strange in the Multiverse of Madness (2022), a new name has entered the mix of actors Marvel is obviously courting for the role.

Jackman’s Logan first arrived in Fox’s Marvel franchise in Bryan Singer’s X-Men (2002), and over 17 years the Australian actor has starred in multiple entries of the X-Men movie franchise. From a starring role in X2 (2003), X-Men: The Last Stand (2006), X-Men Origins: Wolverine (2009), The Wolverine (2013), X-Men: Days of Future Past (2014), and Logan (2017), Jackman also had uncredited cameos in X-Men: First Class (2011) and X-Men: Apocalypse (2016). While his longevity in the onscreen Marvel Universe might hinder his other roles, Jackman has secured a solid body of work throughout the years, in television, film, and on Broadway.

For Wolverine, all good things must come to an end, and it is looking increasingly unlikely that Jackman will step back into his boots as the iconic Marvel superhero. Despite X-Men co-star Patrick Stewart seemingly returning in the Doctor Strange (2016) sequel movie this May, it looks like the MCU’s Multiverse may result in a new actor replacing Jackman’s Wolverine with a different incarnation of the character.

The star of Paramount+’s new Halo television series, where he plays the lead of Master Chief Petty Officer John-117 alongside Jen Taylor as Cortana, has revealed he has been in discussion with Marvel Studios about playing Wolverine in the MCU. Speaking on the Bingeworthy podcast (via CBR), Schreiber said:

“[W]ell we flirted with that [casting] for a while,” he said. “That’d be fantastic, that would certainly be a dream casting. [Wolverine’s] actually my favorite hero, from a child he was always my favorite comic book. So I’ve had a long flirtation with that guy, so you know obviously that’d be a dream.”

Schreiber, who is also known for his work in The Wire and Orange Is the New Black, commented that he has been courted by Marvel for years:

“You know I’ve seen things pop up a lot. I’ve had a bunch of discussions with Marvel at different points in my career,” Schreiber recalled. “We’ve never been able to find the right thing at the right time, but I’d certainly be open to that. But yeah it’s just staying open to the right path and I don’t know exactly what that is, but I’ll know it when I see it.”

As well as Schreiber, rumors of Harry Potter star, Daniel Radcliffe, taking on the role of Wolverine have begun swirling.

Wolverine isn’t the only Marvel character that could be replaced with a new actor. For months now, Tom Cruise has been reported to have taken over the role of Tony Stark/Iron Man from the legendary Robert Downey Jr. but nothing, as of yet, has been confirmed from Disney or Marvel Studios.

Some fans, and some of the franchise’s biggest directors, have noted the seemingly unending possibilities and problems of the Multiversal aspect of the MCU’s future movies. With the Multiverse well and truly cracked open by both Loki (Tom Hiddleston) and Peter Parker/Spider-Man (Tom Holland), the latter through a conduit in the form of Doctor Strange (Benedict Cumberbatch), it means that an end can never be an end; that is, Marvel will constantly leave the door open for characters to return, whether played by their original performer or by someone entirely new.

However, the minds at Marvel may have an out locked up their sleeve, and fans will have to wait to see what happens in Doctor Strange in the Multiverse of Madness when it debuts on May 6. The Marvel movie stars Elizabeth Olsen (Wanda Maximoff/Scarlet Witch), Rachel McAdams (Dr. Christine Palmer), Chiwetel Ejiofor (Karl Mordo), Benedict Wong (Wong), Xochitl Gomez (America Chavez/Miss America), and Michael Stuhlbarg (Nicodemus West).

Who do you think will replace Hugh Jackman as Wolverine in the MCU? Let us know in the comments down below!