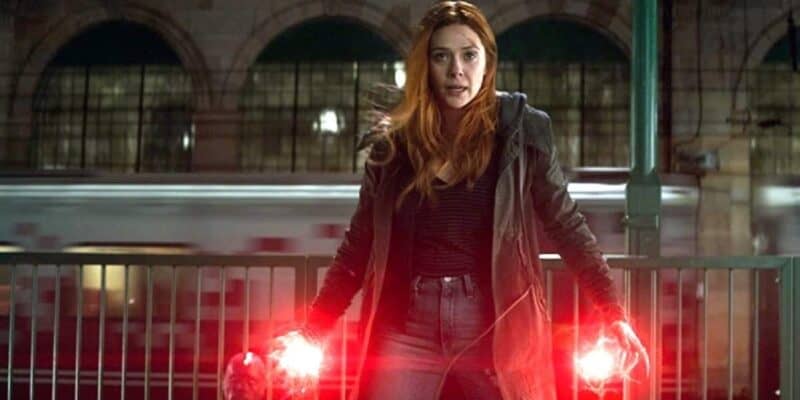 Almost two months since Marvel fans returned to the world of the Mystic Arts, and Elizabeth Olsen is speaking out on her future as Wanda Maximoff AKA Scarlet Witch in Kevin Feige’s Marvel Cinematic Universe.

From director Sam Raimi and scribed by Loki’s Michael Waldron, Doctor Strange in the Multiverse of Madness (2022) saw Benedict Cumberbatch return as the former Sorcerer Supreme, Dr. Stephen Strange/Doctor Strange, to tackle the aftermath of casting his universe-altering spell in Spider-Man: No Way Home (2021). After Peter Parker (Tom Holland) wanted the world to forget he was Spider-Man, Doctor Strange unleashed the Multiverse, setting in motion the madness to come five months later.

A fan-favorite of the MCU, Olsen’s performance as Wanda Maximoff has been lauded by fans and critics ever since her live-action Marvel Universe debut in Avengers: Age of Ultron (2015). As one of the most powerful superheroes, the Avenger took on Thanos (Josh Brolin) in Avengers: Endgame (2019) before her grief over losing Vision (Paul Bettany) led her to take over Westview, turning it into sitcom-style suburbia, before taking on Agatha Harkness (Kathryn Hahn) in a battle of sorcery and chaos magic.

Doctor Strange in the Multiverse of Madness played with Wanda’s grief, with the movie anchoring itself in her quest to reunite with her kids, Billy and Tommy, from another universe. This led her to confront the Illuminati where she took on Professor X (Patrick Stewart), Reed Richards (John Krasinski), Black Bolt (Anson Mount), Captain Carter (Hayley Atwell), and Captain Marvel (Lashana Lynch). Utilizing the Darkhold, the anti-hero eventually lost out to Doctor Strange and America Chavez, seemingly sacrificing herself to destroy the powerful Darkhold once and for all.

However, while Olsen has not yet officially retired from the MCU (in the same way, let’s say, that Robert Downey Jr. (Tony Stark/Iron Man) and Chris Evans (Steve Rogers/Captain America) have) neither she nor Marvel Studios have confirmed if Wanda’s journey will continue.

The actress spoke to Rotten Tomatoes about what she would like to see happen to the former Avenger turned villain, including a big change to her on-screen character. She said (via The Direct):

“…I also think her being old will actually be kind of amazing. In the comics, her power kind of deteriorates her and ages her in a way in some of the comics. I do think of that as being kind of amazing. I kind of imagined myself one day with like prosthetics and silver hair and like playing her as this like like older wise woman and so I do have this kind of this dream of aging her quite a bit. I just really think she’s ancient in her like the myth of the Scarlet Witch is this ancient myth and so that’s something that I kind of adore about, a potential future that I’m just kind of throwing out and I don’t really know where it would go.”

It would be interesting to see Marvel Studios play into the older version of the iconic Marvel Comics character and add a new dynamic to the long-standing MCU character. However, according to Olsen, the future of Wanda lies in the hands of the Marvel gods, with the actress stating she would return but only if there is a good story to tell. Olsen said:

“My whole thing without having like these big picture deals or whatever to you know, go nine times or whatever it is, is that as long as and this is what happened with WandaVision as long as there’s a good story to tell I’ll be there, but I don’t think it’s fun for the fans for us to just like show up and not have anything interesting to share or to tell or to explore and so for me, it’s always about the story.”

Olsen’s comments here suggest that when the time comes, whether that’s next year or in ten years, her continuation in the role is solely dependent on the story. With fans seeing Scarlet Witch go down with Mount Wundagore, there is a possibility that this is the end for the character. However, there have been rumblings of a solo Scarlet Witch movie, but, even with plans set for the next decade, nothing has been confirmed by Marvel or The Walt Disney Company. Feige, though, does not like loose ends and Olsen expects to be donning her tights and cape at some point.

Only time will tell if Wanda’s story will continue, or whether fans will have to bid goodbye to the Scarlet Witch for good.

Do you think Scarlet Witch will return? Let us know in the comments down below!