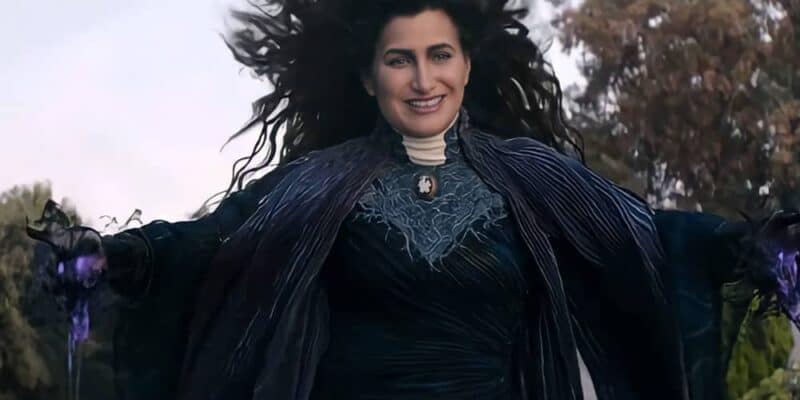 If it wasn’t for Kathryn Hahn’s phenomenal performance as Agatha Harkness in WandaVision, the character wouldn’t be getting her own spinoff series.

Recently, more information has dropped about Agatha: House of Darkness and it will shockingly arrive sooner than expected on the streaming service. The Writer’s Guild of America has not only revealed the release window for the upcoming MCU series but categorized the series as a dark comedy:

On top of this, new details about the filming of the series do confirm that the series will start filming soon as they begin in October:

Production for the project is currently set to begin in late October of this year. If everything goes smoothly, and efficiently, that could line up with a Halloween 2023 debut. Though, given the recent trend of production & post-production delays, the show’s premiere could easily be pushed back.

While this source suggests that House of Darkness could be a Halloween release, it’s also important to look at how many MCU series are in development. At the moment, Marvel is working on Echo, Iron Heart, Loki Season 2, Secret Invasion, I Am Groot, What If Season 2, and now Agatha: House of Darkness.

Disney+ has never had more than one MCU show airing at the same time and so far has only had 3 to 4 shows released in one year. With Marvel already working on around seven projects slated to release in the upcoming year, it would make sense that Agatha releases in early 2024, but it’s possible that Marvel may have it released late in 2023.

This would be arriving in the MCU sooner than expected because fans expected the show to arrive later since it wasn’t as big of a series. While fans enjoyed WandaVision, they were more interested in Elizabeth Olsen’s Wanda Maximoff/Scarlet Witch than Kathryn Hahn’s Agatha, but it doesn’t mean that fans don’t want to see more of the character. It just means that they didn’t care if they had to wait longer.

Do you think Agatha: House of Darkness will release in 2023? Let us know what you think!