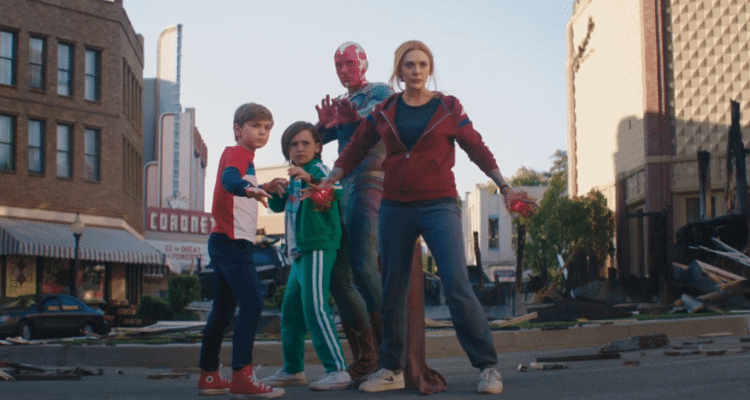 Sam Raimi didn’t even try to watch all of WandaVision while filming Doctor Strange in the Multiverse of Madness (2022).

The beloved director for the Tobey Maguire Spider-Man movies returned to work for Marvel on his first MCU movie. Kevin Feige wanted Doctor Strange 2 to have some horror so Raimi was the best choice once Scott Derrickson left the project.

Now, Doctor Strange 2 may be a sequel to Benedict Cumberbatch’s first Doctor Strange (2016), but it’s also a continuation of Elizabeth Olsen’s Wanda Maximoff/Scarlet Witch‘s story from WandaVision. Wanda has a large role in the movie as she almost has the same amount of screen time as Doctor  Strange himself.

Raimi has admitted that he didn’t feel the need to watch her series while helping with the script. While speaking with Rolling Stone, Raimi explained that he only watched key moments because he was told they were very important to his movie:

“I’m not really sure what the WandaVision schedule was or how it changed. I just know that halfway, or maybe three-quarters of the way into our writing process, I’d first heard of this show they were doing and that we would have to follow it. Therefore, we had to really study what WandaVision was doing, so we could have a proper throughline and character-growth dynamic. I never even saw all of WandaVision; I’ve just seen key moments of some episodes that I was told directly impact our storyline.”

It’s crazy to think that Raimi didn’t take the extra time to explore Wanda’s character before working on Doctor Strange 2. For him to make a throughline for the character and explain his story is character-driven is one thing, but Raimi has barely watched any of the MCU movies so how could he know who Elizabeth Olsen’s Wanda was as a character with just watching highlights?

Some of Raimi’s ignorance is apparent as it does feel rushed that Wanda would be all of a sudden corrupt by the Darkhold. We see her at the end of WandaVision reading the Darkhold, but we aren’t told what it could do. For the average fan who just watches the movies, now they find out Wanda is suddenly evil and try to find the kids she made out of magic. This definitely doesn’t feel earned for her character unless fans instantly knew what the Darkhold does and how dangerous it is.

Normally, Marvel gives fans some exposition here to allow the character development to happen off-screen, but then fans should understand how Wanda got to be so evil in such a short time. For Wanda, fans only get to see her go from saving the day and now trying to kill a girl for her powers. If Raimi had learned more about the MCU Wanda, it’s possible that some things could’ve been improved to help fans understand that this wasn’t a quick change for the character.

Do you think Sam Raimi should’ve watched WandaVision? Are you shocked he has barely seen any MCU movies? Let us know what you think!