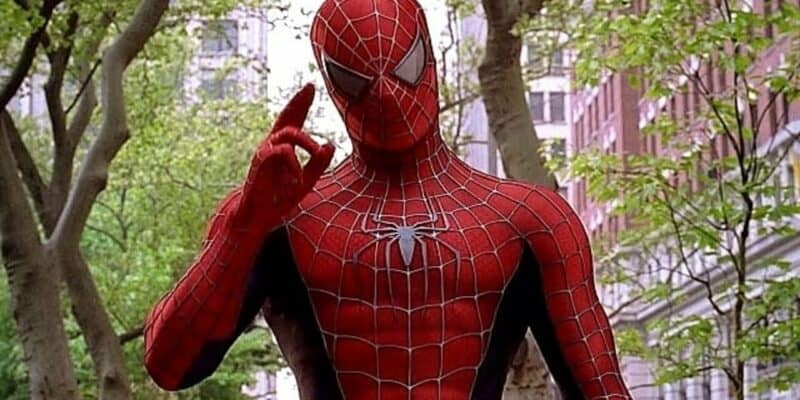 Once again, fans are upset after seeing something another beloved Marvel super hero getting censored.

Ever since Tom Holland‘s Spider-Man: No Way Home (2021), fans have been wanting to see more of Tobey Maguire. After seeing both Andrew Garfield and Maguire return to the Marvel universe, it’s not surprising that fans are revisiting the older Spider-Man movies with Maguire.

Some fans noticed that something wasn’t right while watching Sam Raimi‘s Spider-Man (2002) on the British television channel, IVT2. During the wrestling scene, Maguire no longer says one of his controversial lines that some fans considered to be homophobic.

The scene has Bone Saw fighting Peter Parker dressed up as the “Human Spider” with Maguire insulting the wrestler by saying, “That’s a cute outfit. Did your husband give it to you?”  With the last line taken out, the scene feels unnatural as Maguire no longer uses his controversial punchline.

Why change the scene now?

Knowing that Maguire is reported to be Spider-Man for several projects, it makes sense that the actor’s previous movies may receive some edits. Sam Raimi is directing Doctor Strange in the Multiverse of Madness (2022) and there are several reports that Maguire may be joining the beloved director for another Marvel movie.

Since Maguire is reported to possibly get a fourth movie as Spider-Man, it would make sense for Marvel and Sony to edit these lines out as they will promote the earlier movies in the next couple of years.The problem is that it was IVT2 who removed the line so it’s hard to tell how much involvement Sony or Marvel had with that decision.

It’s also possible that Maguire may have originally been in the movie, but had to be cut as the director has been reported to have cut several cameos out of the film. With a runtime of 2 hours and 6 minutes, Doctor Strange 2 doesn’t have a lot of time for cameos since the movie will be one of the most important movies yet since Marvel believes the movie will top Avengers: Endgame (2019) and No Way Home.

Do you think more scenes will get censored from Tobey Maguire’s Spider-Man trilogy? Let us know what you think!