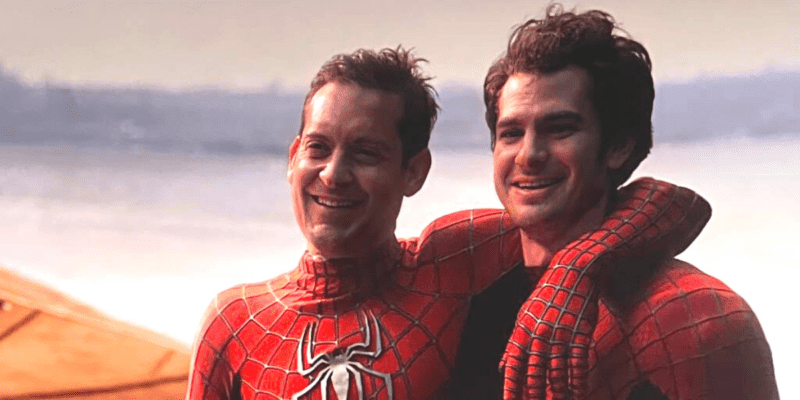 A recent commercial for Doctor Strange in the Multiverse of Madness (2022) and Tide shows off a very familiar place fans know from Sam Raimi‘s Spider-Man 2 (2004).

Here’s the commercial in case you haven’t seen it just yet:

Tide teamed up with Marvel to tell the short and eventful story of when Wong got Strange’s cloak of levitation dirty. As Wong chased the cloak across New York City, the cloak is seen crashing into a Joe’s Pizza cart. Sam Raimi fans will immediately recognize the pizza place as this is where Tobey Maguire‘s Peter Parker worked at before getting fired.

Without Joe’s Pizza, fans wouldn’t have gotten Maguire to say the iconic line, “It’s Pizza Time!” Marvel normally doesn’t consider these moments to be part of the MCU, but it doesn’t this little adventure couldn’t be.

Related: Marvel Reveals the New Spider-Man For the Next ‘Amazing Spider-Man’ Series

Several reports have indicated that Maguire will return in Doctor Strange 2 which makes sense as Raimi has stated he wants to work with Maguire’s Spider-Man again. With all of the reports of several Marvel characters returning as cameos, it would make sense for Maguire to be one of them to show up as he is an iconic super hero and it would be one of the reasons why fans would want to see the movie again.

Part of the reason Spider-Man: No Way Home (2021) did so well at the box office was the fact that all three Spider-Men could team up together and fans were able to see Maguire on the big screen once again. Even Bruce Campbell has confirmed that he will have an amazing cameo in the movie so it makes sense that Doctor Strange 2 will follow suit and have Maguire in the movie.

Since Strange will be traveling to other universes, it’s very possible that he will stop by the Sony universe and see the wrong Spider-Man. Since Strange has forgotten who Tom Holland‘s Peter Parker is, it would be hilarious if Maguire reveals himself and Strange suddenly believes that the Spider-Man who helped him take down Thanos was actually Maguire’s Peter Parker.

There are several different ways that Maguire’s Spider-Man can have a role in the movie, as Strange will definitely need all the help he can get to stop the threats that are coming into our universe now that the Multiverse is open.

Do you think Tobey Maguire will be in Doctor Strange 2? Let us know what you think!