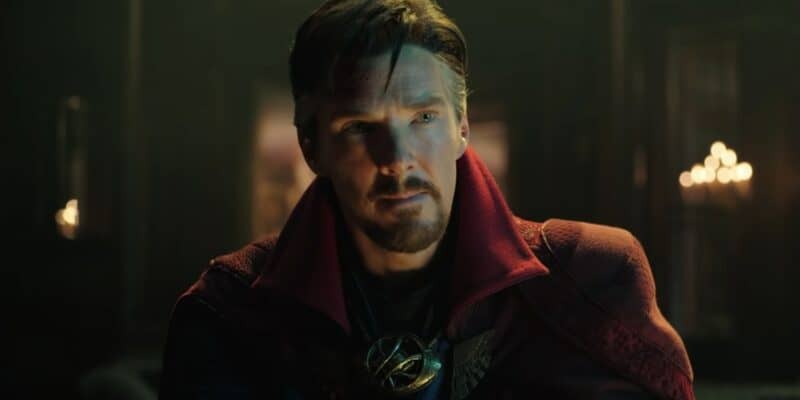 Many fans are eagerly waiting to see Benedict Cumberbatch return as Stephen Strange/Doctor Strange in the highly anticipated sequel. After the event of Spider-Man: No Way Home (2021), fans know that Strange will be facing the consequences of helping Tom Holland’s Peter Parker/Spider-Man. With the Multiverse open for super heroes to explore, fans will get to see what the other Marvel universes look like, but that also means that the MCU will start to get more dangerous enemies from now on.

Loki introduced fans to Jonathan Majors’ Kang the Conqueror who is a time-traveling warlord who could easily be more dangerous than Josh Brolin’s Thanos. While these threats are concerning for the future of the MCU, the biggest threat in Doctor Strange 2 seems to be Strange himself. Fans have already spotted at least five different variants of Strange with one of them recently getting a major change.

As shown in the images above, Defender Strange now uses blue magic instead of his usual orange magic. Colors in the MCU matter as Elizabeth Olsen’s Wanda Maximoff/Scarlet Witch uses red magic signifying that she is using chaos magic which is very dangerous. Agatha Harkness is known to use purple magic and most of the sorcerers use orange magic. For Defender Strange to use blue magic is similar to the witches’ magic color in WandaVision.

Marvel director, Matt Shakman explains how magic color differentiation mattered a lot in WandaVision, especially with the scene at the Salem Witch trials:

In terms of color differentiation, I think it’s important because when you’re trying to describe what’s happening, especially with Agatha in Salem, Massachusetts, you want to be able to see her purple magic eat away at that blue magic, right? Because that’s what she does, she absorbs power, she’s taking the magic from the other witches.

This is important as it seems that Defender Strange will be using a lot of defensive spells in the movie which is why his magic might be blue. The magic color might also be used to help differentiate the different variants, but there are moments in the trailer where Strange uses chaos magic, so it’s hard to tell why Defender Strange uses blue magic. Fans will have to wait and see why Marvel made this choice, but fans won’t have to wait for too long as Doctor Strange 2 releases in just under a month.

Do you like the new change to Defender Strange’s magic? Let us know what you think!

Comments Off on Marvel Makes Shocking Change to Doctor Strange