Avenger Reunion Long Overdue, 'Doctor Strange 2' May Have the Solution - Inside the Magic 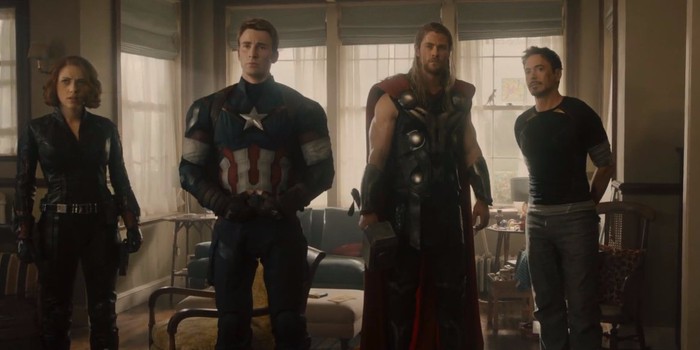 Paul Bettany’s Vision is rumored to be in Doctor Strange in the Multiverse of Madness (2022).

Related: ‘WandaVision’ Really Was One and Done, Marvel Finally Confirms

While fans may have already expected that Vision would make his triumphant return in Doctor Strange 2, Vision is one of the few characters not really mentioned in the long list of expected cameos. Since Vision is given a second chance at the end of WandaVision as White Vision, fans believed that Elizabeth Olsen’s Wanda Maximoff/Scarlet Witch would find White Vision after the series ended.

While fans don’t know what Wanda has been up to in between the MCU series and Doctor Strange 2, the movie will bring fans up to speed. Knowing that Wanda will see her children in the Doctor Strange sequel, it would make sense for Vision to come back into the picture so that Wanda could have her perfect family.

In a recent interview with Stephen Colbert, Paul Bettany tried to dodge the question of whether he was in Doctor Strange 2 by saying yes and no repeatedly after being asked:

“This is a really great question. And, again, I said I was going to be entirely honest with you. You’re asking if… ‘Am I in Doctor Strange?’… Yes, no, yes, no, yes, no. I don’t know. Am I? What do you think?… I can neither confirm nor deny rumors that I am in said and aforementioned Doctor Strange.”

Bettany told Colbert right before this question that he planned to be “honest” with the talk show host. It’s possible that the actor actually does have a role in the series in a post-credit scene which could tie into future MCU projects. Knowing that Doctor Strange 2 will explore other universes, the Doctor Strange sequel is bound to have major impacts on the Marvel Cinematic Universe so it would make sense that future MCU projects will be teased.

Since Wanda is an Avenger alongside Vision, it would make sense for the two to cross paths during the film. Since Wanda may face a Captain Marvel variant and a variant of Iron Man, Doctor Strange 2 can easily bring forth an odd Avenger reunion. Fans have been waiting to hear what is happening with the Avengers after their last appearance in Avengers: Endgame (2019) as it seems that the group has fallen apart once more. Perhaps Doctor Strange 2 can shed some light on what to expect from the super hero team.

Comments Off on Avenger Reunion Long Overdue, ‘Doctor Strange 2’ May Have the Solution