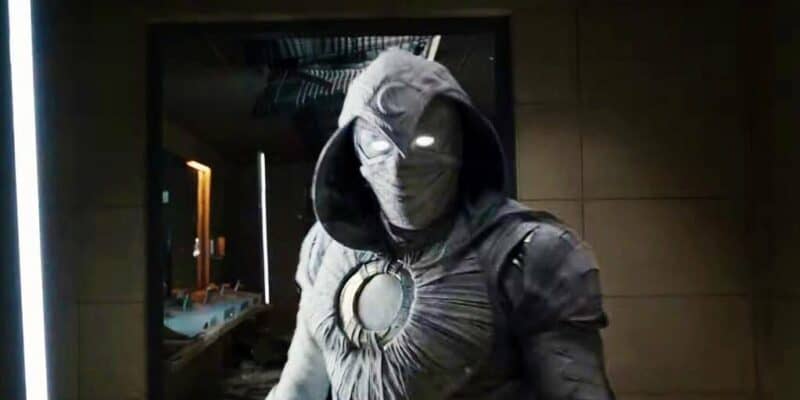 The Marvel Cinematic Universe’s newest series, Moon Knight, dropped on March 30, 2022. The six-episode season will chronicle the adventures of Steven Grant (Oscar Isaac), a museum gift shop worker who discovers he has dissociative identity disorder and is sharing a psyche with mercenary killer Marc Spector.

Unlike previous Marvel Cinematic Universe series on the streamer — including WandaVision, The Falcon and the Winter Soldier, Loki, and Hawkeye — Moon Knight does not focus on known characters from the Infinity Saga, but instead introduces a Marvel Comics character who has not previously appeared in Kevin Feige’s MCU.

While this was a bit of a gamble since so many MCU fans love the Avengers characters so much, it is certainly paying off so far. Samba TV shared numbers from Moon Knight‘s debut on Twitter:

1.8M US households watched the premiere of Marvel Studio’s #MoonKnight in its first 5 days streaming on #DisneyPlus. What did you think of the first episode?

1.8M US households watched the premiere of Marvel Studio's #MoonKnight in its first 5 days streaming on #DisneyPlus. What did you think of the first episode? pic.twitter.com/tD2p5RZZLY

As a recent article noted, this places Moon Knight just below Loki, which had the most impressive debut of any Marvel Studios Disney+ Original show so far:

…[Moon Knight ties] The Falcon and the Winter Soldier for the second-highest debut for an MCU Disney+ show. Both shows still trail behind Loki’s impressive 2.5M debut but beat WandaVision and Hawkeye, which had 1.6M and 1.5M viewers.

As the MCU heads into Phase Five and beyond, Moon Knight‘s impressive debut indicates that Marvel fans are ready to leave the Avengers behind, at least in some regards, and focus on new characters from the Marvel Comics world.

It is worth noting that, despite its high numbers so far, some viewers are displeased with the  fact that the main character’s Jewish heritage has been largely erased in the live-action production. This cultural background is key in many comic issues.

New episodes of Moon Knight are currently airing every Wednesday on Disney+.