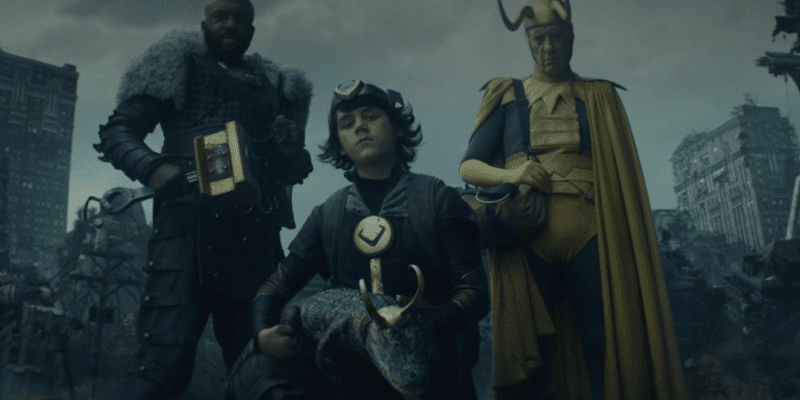 Loki Directors, Aaron Moorhead and Justin Benson share how working on Moon Knight led to them creating something unexpected and that fans shouldn’t expect to see the same Loki in Season 2.

Season 1 of Loki had a lot of memorable moments such as Tom Hiddleston’s Loki finding other variants of himself, surviving on a barren planet with Sylvie and of course meeting Jonathan Majors’ He Who Remains (AKA Kang the Conqueror) in the final episode.

The series brought a lot of intense twists as fans tried to guess who the Time Lords were. This mystery led fans to come back every week to watch the adventure unfold and once it was over, fans were left with a promise of a second season. Now, Loki is in another universe where Kang is in charge and fans wonder how the God of Mischief will get back to the main timeline.

Related: Changes Coming To ‘Loki’ With Fan-Favorite Director Officially Out

It might not be long before fans get answers about Loki as there are reports that some of the cast will make an appearance in Doctor Strange in the Multiverse of Madness (2022). The Doctor Strange sequel is already rumored to have several cameos so it wouldn’t be a surprise to see Loki pop up as he does have some knowledge of the Multiverse.

Moorhead and Benson revealed how Oscar Isaac’s Moon Knight allowed them to see the connections between the two Marvel characters in the MCU:

“We know that the thing that appeals to us about Loki and Moon Knight specifically, it’s just among the MCU, they feel like outsiders. And there’s something about that that we really relate with.”

It’s true that both characters don’t usually spend a lot of time with other MCU characters due to their complex histories. Loki was always distant after learning that his parents were Frost Giants. Moon Knight is too unstable to be around a lot of people due to his Dissociative Identity Disorder. The directors continue by sharing what brought them to work with Marvel and what their plans are with Loki Season 2’s story:

“I think the biggest thing about Loki is just that it’s actually a lot like Moon Knight, where there’s just no reason to do it if it’s not going to be something new and fresh. It’s funny is, it does feel like Marvel would be willing to walk away unless it actually is something that they felt the unexpected. Like from Moon Knight and especially because Moon Knight is a character where nobody knows almost anything about him, yet. Soon to be changed, right? And so our gloves are off and we get to kind of do whatever we want. And everybody at Marvel and ourselves gets really excited when we are presented with the unexpected. We also of course, hope that people watching feel the same way and we’re gonna bring all that to Loki.”

Even though fans may have just started to see Moon Knight, many people have stated that it is very different from the other MCU series so far. Since most fans don’t know Moon Knight very well, a lot of them can learn who the character is and not get tired of the typical Marvel story as the series tells its story in its own unique fashion.

Moon Knight’s Dissociative Identity Disorder requires fans to learn about Steven Grant/Marc Spector/Moon Knight as they are introduced which can be a little confusing. This will lead the series to have a lot of tense moments as fans will learn about the different personalities of Moon Knight as he learns more about himself at the same time.

With Loki Season 2, the story will have some limitations as the Marvel Cinematic Universe will be changing after Doctor Strange 2. Strange’s role with the Multiverse will definitely have a major impact on the MCU and will affect Loki in some way. Knowing that Kang the Conqueror will have a role in Ant-Man: QuantuMania (2023) means that Season 2 will probably have to connect to the upcoming MCU film.

This doesn’t mean that Moorhead and Benson can’t impress fans with a superb story, but it won’t have as much creative freedom as the first season did. With the show set to begin shooting soon, the MCU series will most likely be ready to debut on Disney+ sometime next year.

Do you want Loki Season 2 to be very different from Season 1? Are you excited for Loki Season 2? Let us know what you’re thinking in the comments section below!