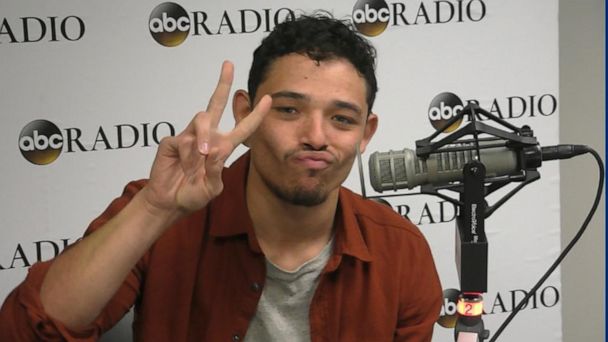 Anthony Ramos, the Hamilton star has been given a role in one of the upcoming MCU shows, Ironheart.

Not much of course is known about the series except that it will star Dominique Thorne as Riri Williams, a highly intelligent teenager who rebuilds her own Iron Man suit out of scratch. Reports have stated that her first appearance will not be in Ironheart, but Black Panther: Wakanda Forever (2022). Deadline reports that Ramos will have a role similar to Jonathan Majors (He Who Remains/Kang the Conqueror):

While details behind the Ramos role are unknown, sources say it will be similar to how Jonathan Majors was introduced as Kang the Conquer in Loki, where he is expected to not only have a big role in this series but in future Marvel projects as well.

Ramos has appeared in numerous projects since Hamilton, as he starred in In The Heights (2021), Bradley Cooper’s A Star Is Born (2018), and is part of the cast for the upcoming Transformers: Rise of the Beasts which will debut in theaters on July 9, 2023.

It is hard to say what role the character will play, but if his role is set to be as big as Majors’s, then this will likely be the beginning of several projects where Ramos will appear. One potential candidate for Ramos is Sam Alexander/Nova, a Latin American cosmic super hero who helps the Nova Corps, as seen in Guardians of the Galaxy: Vol. 1 (2013).

Related: ‘Loki’ Actress Shares Everything She Can About Season 2

Riri Williams was created recently by Brian Michael Bendis in 2016 as the character first appeared in Invincible Iron Man (Vol. 3) Issue 7. Williams is a fifteen-year-old girl who works hard to be a super hero and is mentored in the comics by a computerized version of Tony Stark.

In Ironheart, some fans are hoping that Robert Downey, Jr.’s Tony Stark/Iron Man could become Williams’s personal AI assistant. This is unlikely given RDJ’s official exit from the MCU, but nonetheless, Stark is integral to Williams’s story.

Related: Don Cheadle’s Triumphant Return to the MCU Is Coming Sooner Than Expected

Marvel officially describes Williams and her suit as:

Riri Williams is a normal human being without any super powers, though her incredible intelligence places her among the smartest people in the world.

Her initial suit of armor is big, crude, and somewhat clunky, though it gives her flight capability, super human strength, magnetic powers, and the ability to contain opponents inside an energy bubble. These abilities carry over to Riri’s upgraded suit, which is much more streamlined, enables her to fire energy blasts from the palms of her gloves, and is equipped with an interface to the computerized copy of Tony Stark’s mind, which functions as her main operating system.

Other rumors say that the villain for the upcoming Marvel show is likely to be Obadiah Stane’s son. With Tony Stark’s legacy, it will be interesting to see how Riri Williams fits into the Marvel universe. Tom Holland’s Peter Parker/Spider-Man has already dealt with this in Spider-Man: Far From Home (2021) as Peter Parker realizes he can’t be the next Iron Man. Perhaps Ironheart will also tie into Armor Wars which will have Don Cheadle starring as James Rhodes/War Machine to be another mentor for the young superhero.

As for the future of the Marvel Cinematic Universe, fans are speculating that a number of new superhero groups are being formed through upcoming Disney+ Original projects. This includes the Thunderbolts, Defenders, Young Avengers, Midnight Sons, X-Men, and the Fantastic Four.

Who do you think Anthony Ramos will be in Ironheart? Let us know in the comments below!