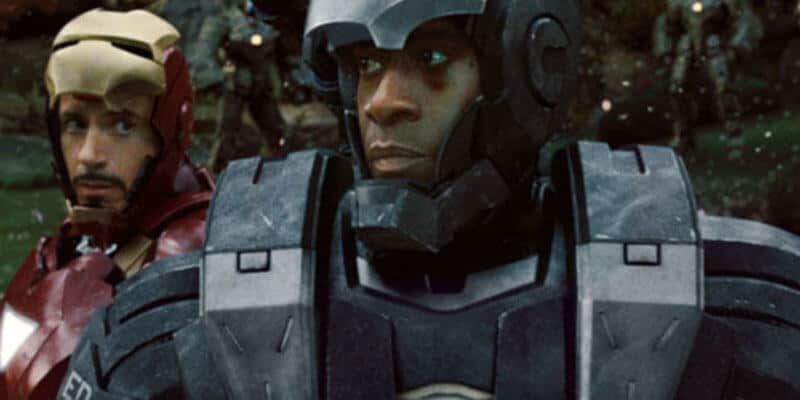 Production weekly listed the series getting the cameras rolling in May of this year through December. But, according to Lizzie Hill of My Cosmic Circus, the filming should begin from October 2022 until November.

Here is Lizzie Hill’s Tweet on the filming start time with the following caption:

Heard that this is wrong. It’s actually October-November. #ArmorWars

Heard that this is wrong. It's actually October-November. #ArmorWars https://t.co/XVbX6F1wOf

Since the filming is set for later this year, it is understandable that the exact timing of shooting may change due to Covid as it could be sooner or later which we have seen with production being halted for Black Panther: Wakanda Forever (2022). The important part is that Armor Wars is moving forward to production sooner than expected.

Related:Don Cheadle’s Rhodey Soon to Be “Untethered” by Friendship With Tony Stark

In a previous interview with ACE Comic Con, Don Cheadle explained where the team is at with Armor Wars:

I think the most exciting part is yet to come. I think we don’t have a super-strong idea of who he is, really. Outside of that bubble of The Avengers. Outside of his friendship with Tony. Now, he’s going to be untethered from all of that. So, it’s an opportunity to discover who he is, that we have not had before with concentrated time and focus on Rhodey, and Rhodey’s journey. Hopefully, some stuff about his past. Teeing up some things about his potential future. Who knows how long this Marvel thing goes. It seems kinda unending.

It’s understandable why Don Cheadle may feel this way as his first appearance in the MCU was way back in Iron Man 2 (2010) as Tony Stark‘s (Robert Downey Jr.) best friend. From there, Rhodes appeared in Iron Man 3 (2013), Captain America: Civil War (2016), Infinity War (2018), Endgame (2019), and had a small cameo in Anthony Mackie’s Falcon and the Winter Soldier.  He has played the role for over ten years now and is now finally getting his own show so yeah, it’s understandable why Don Cheadle believes that the MCU is “unending”.

Don Cheadle also shared more about how Marvel is planning to take his character forward:

The most exciting things are still to come and those things were hinted at in Endgame. Where this character might go? What might be in the offing for him? It’s very early in the process for Armor Wars. We just hired my boy Yassir [Lester], which I am very excited about. He wrote on Black Monday. Became friends with him, really close with him. Great guy, a lot of great ideas. Honestly, we’re still trying to crack the spine of what it’s going to be and chop it up. I couldn’t give you the answers if you wanted them, because we’re in the ‘clay mode’ right now.

What do you want to see in Armor Wars? Let us know in the comments below!

Armor Wars won’t be coming out this, but there are still many things to look forward to in the Marvel Cinematic Universe. On Disney+  you can expect Moon Knight on March 30, Ms. Marvel in Summer 2022, and She-Hulk to debut this year. For movies, Doctor Strange in the Multiverse of Madness comes out on May 6, followed by Thor: Love and Thunder on July 8, and Black Panther: Wakanda Forever on November 11.