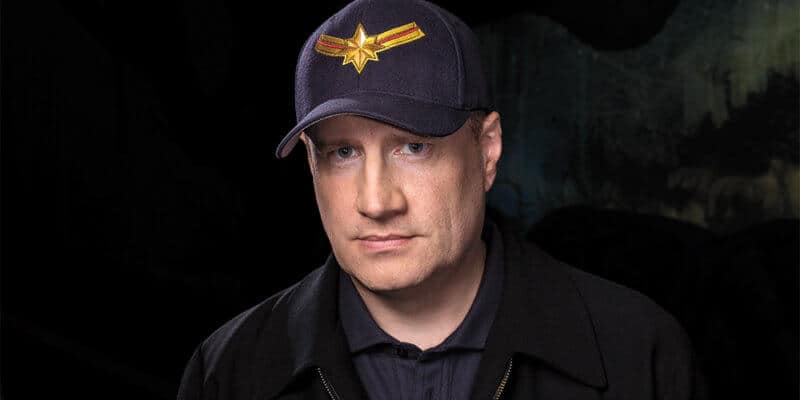 Kevin Feige believes that the marketing for Doctor Strange in the Multiverse of Madness (2022) has gone too far.

Benedict Cumberbatch’s Doctor Strange returns in an action-packed adventure centered around the Multiverse. This means that fans will finally get to explore other universes and even see some familiar faces from previous Marvel movies. Rumors for Doctor Strange 2 have been circulating for months about who could possibly appear and it seems that Marvel has failed to keep some things hidden.

In the past few weeks, fans have been able to see a few minutes of footage from various clips and also get teases of Captain Carter and a Captain Marvel variant having a role in the movie. Most fans were shocked when Patrick Stewart’s Professor X spoke in the first trailer shown at the Super Bowl and it seems that Stewart’s role is just the tip of the iceberg for the expected cameos.

At the world premiere, Feige commented that he felt that his Marvel team may have given away too much in the trailers:

“There’s been too much in the trailers, I don’t want to talk about anything else. But I will say, Sam has made this movie to be experienced on as big a screen as possible, and it’s even the first one in a long time that 3D was really taken into account too, because the first Doctor Strange film I think was out best film ever in 3D, and this one now will be right alongside that.”

With a runtime of only 2 hours and 6 minutes, Marvel fans assumed that a lot of the rumored cameos wouldn’t be happening. Bruce Campbell did share Sam Raimi had to cut cameos. Hopefully, the cameos that were cut weren’t major as fans know that Doctor Strange 2 will tie into several future MCU projects.

Do you think Marvel has spoiled too much of Doctor Strange 2?