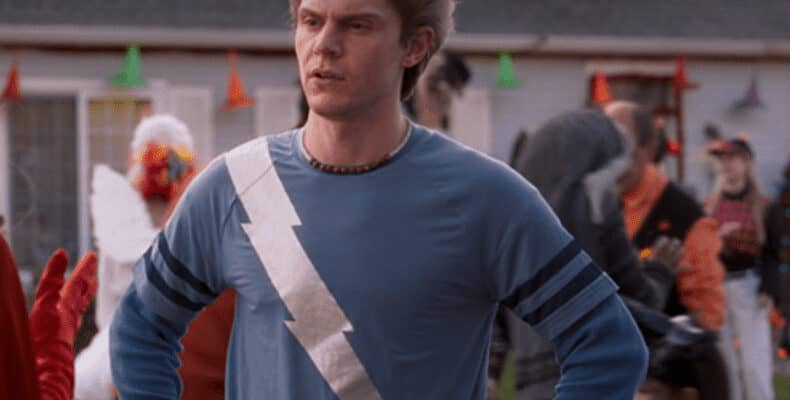 Avengers: Age of Ultron (2015) had a lot of epic moments, but Aaron Taylor Johnson’s Quicksilver didn’t have to die. Fans were frustrated that the MCU had already killed off one of the more iconic mutants right away. After the Fox Merger, fans believed that WandaVision may have brought Quicksilver back to life using Peters from the new X-Men movies.

Sadly, the series ended with Quicksilver actually being under Agatha’s spell and being named Ralph Bohner leading Marvel fans to be disappointed that Marvel went for a stupid pun instead of giving fans a real Quicksilver.

Now, Elizabeth Olsen is returning to the big screen in Doctor Strange in the Multiverse of Madness (2022) and fans can expect to see more of Wanda Maximoff/Scarlet Witch as she will have almost as much screentime as Benedict Cumberbatch’s Doctor Strange.

While speaking with The Independent, Olsen shared that she loved fan theories because, in her opinion, they usually end up being better than what they actually did in the MCU:

“I love fan theories ’cause I always think they’re very clever. There are usually ones where I’m like, ’S***, we should have done that!’”

This led to Olsen sharing one of her favorite theories about WandaVision’s Quicksilver and how the series could’ve teased the Multiverse:

“There was one where they thought we were bringing in the Multiverse with the Pietro character, with Evan [Peters]. The sad thing is, when we were doing WandaVision before Covid, that was not part of the docket yet, and then it kind of overlapped when we finished the show. So we could have actually gone back and fixed or adjusted that. I thought that could have been cool to make Pietro a part of the Multiverse.”

While it’s not surprising that WandaVision didn’t initially include Quicksilver in the first draft, it’s surprising that Marvel didn’t try to change it up after the COVID 19 delay. The Fox Merger happened right before the delay which meant that Marvel had full reins to tease the X-Men right away and now it’s a wasted opportunity.

Since the Multiverse offers infinite possibilities, it’s not too late for the MCU to bring Peters back as Quicksilver, but it better soon since the X-Men will be entering the MCU anytime now as Marvel has been secretly working on how to incorporate the beloved X-Men team into the Marvel Cinematic Universe.

Do you think Evan Peters will return as Quicksilver?