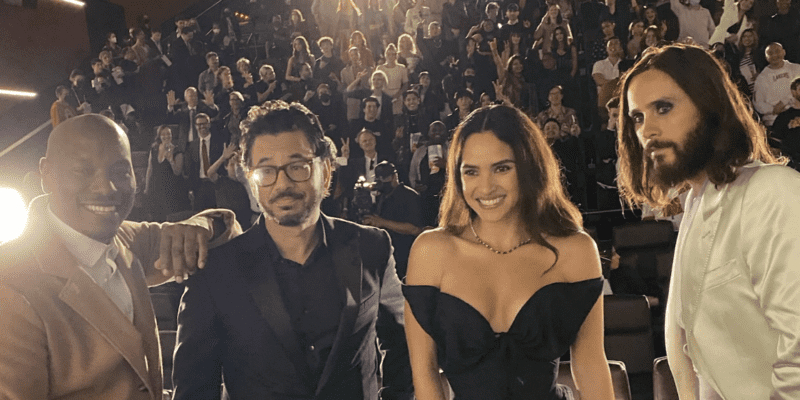 Early reviews of Sony Pictures’ latest Marvel installment, Morbius (2022), were utterly dismal — the post-credits scenes were particularly confusing to fans — and things didn’t improve when the vampire film opened to the public on April 1, 2022.

The Hollywood Reporter shared details about the vampire flick’s theatrical premiere on opening night at the box office, which was certainly nothing to write home about:

…[Morbius brought in] $5.7 million in Thursday previews at the domestic box office.

The Sony pic could open anywhere from $33 million to $40 million-plus for the weekend. The studio is being uber-cautious and stressing the $33 million estimate. Insiders at Sony note that Morbius isn’t a traditional superhero pic, but more of a genre film based on one of the many Marvel characters Sony holds the rights to.

THR went on to note:

Now, Morbius actor Al Madrigal (Agent Rodriguez) has spoken out about his role in the film, explaining that much of the plot — including a number of his character’s comedic lines — were left on the cutting room floor:

“First of all, Morbius: not as bad as everybody is making it out to be. Sure, it had problems, and they diced it up quite a bit. I had some hilarious lines that were cut out of that movie. I was very funny [Laughs]…If they’d left in just 50% more of my stuff [Laughs]. I got butchered in that thing. I think that’s what they did. They just really…because of COVID, they just had so much time to mess with it. They really messed with it.”

Madrigal went on to share that the film that was released wasn’t even close to what was originally shot, including the big final fight scene:

“You saw a complete alternate ending to this entire thing. They made a good point. That scene you saw pictures from was shot during the day, and the rationale was, ‘We have a vampire movie. We can’t have the big final fight scene happen during the day.’ At some point, me and Tyrese fought Matt Smith. I shot for six days and none of that was shown.”

At this point, it seems unlikely that Sony Pictures will revisit the Morbius franchise, unless there are already unannounced plans for Jared Leto’s lead character to appear in future projects.

Despite the poor reception to the Marvel movie, Sony did what it could to drum up excitement for the seven-times-delayed film, including social media posts like the one below:

The stars of #Morbius welcome moviegoers and special guests at @Cinemark. Be sure to get your tickets to see @MorbiusMovie – only in theaters TOMORROW: https://morbius.movie

The stars of #Morbius welcome moviegoers and special guests at @Cinemark. Be sure to get your tickets to see @MorbiusMovie – only in theaters TOMORROW: https://t.co/ZpzXZIeI0x@JaredLeto @Tyrese @AdriaArjona @AlMadrigal pic.twitter.com/kmRj6ZQCzf

What are your thoughts on Morbius seemingly being edited within an inch of its life?