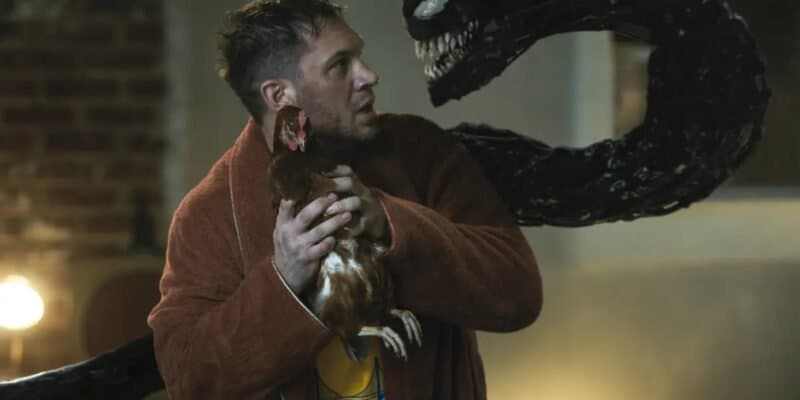 Marvel finally reveals Gorr’s abilities which could mean that Tom Hardy’s Venom won’t be returning to the MCU anytime soon.

Related: Hiddleston Claims He Isn’t “Andrew Garfield” When It Comes to ‘Thor 4’

Marvel comics is able to explore lots of different connections between several characters. Some of those connections have come to light in the MCU, but many of them never get mentioned due to the movie rights issue between Marvel and Sony. For instance, many fans thought it would be impossible for Tom Holland‘s Spider-Man and Charlie Cox’s Daredevil to share the screen, but Spider-Man: No Way Home (2021) proved that those connections are indeed possible.

Spider-Man also has a strange connection with Thor in the comics as they both have an iconic villain who uses a symbiote. Venom is one of Spider-Man’s villains — although he will team up as antihero with Thor soon — and Gorr the God Butcherer is one of Thor’s enemies. Unfortunately, Marvel can’t just bring Venom into an MCU project unless they get the approval from Sony.

Even though Sony and Marvel have a good working relationship, fans know that Sony’s greed is starting to ruin certain moments in the MCU. When Marvel doesn’t help Sony with a film, the movie tends to underperform and becomes another box office disaster — I’m looking at you, Morbius (2022).

Sony has been pushing forward to make several Spider-Man spinoff movies in their own universe and without using one of the three Spider-Man actors available. This has led fans to be upset as it seems that Sony is desperate especially after they announced they were making a spinoff movie with one of Spider-Man’s obscure villains.

Now, Gorr the God Butcherer (Christian Bale) will be the main villain in Thor 4. Not much is known about the character other than what he looks like, but a new promo art reveals that his symbiote will have a role in the film. Merchandise had made it clear that Gorr’s weapon the NecroSword would be in the film, but fans were hoping that his symbiote would have a bigger role. New promo art shows that Gorr’s symbiote will indeed be more than a sword in the movie:

In the comics, Gorr finds the symbiote, All-Black, as black ooze that fell off the god, Knull. He touches the symbiote and gains special abilities such as the ability to create armor, wing and the iconic black sword. His powers are only limited to his imagination which means that the symbiote can shapeshift into whatever Gorr needs to fight his enemies. This is why he is feared by the gods because with the symbiote, he is very powerful. If you don’t know much about the All-Black and how Gorr got his symbiote, here’s a description from Marvel:

The first symbiote, All-Black, is an ancient amorphous weapon originating from the evil Knull. It left Knull when he became incapacitated, and bonded itself to Gorr, who becomes imbued with its superhuman powers, including flight as well as increased strength and durability. From Gorr’s thoughts, he can mold the shapeshifting symbiote to form armor around his body and produce weapons, which are limited only by his thoughts. One of the weapons, All-Black the Necrosword, extends from his arms and is made from living darkness. The symbiote also provides him with the ability to regenerate.

What does this have to do with Venom?

Well, one thing to note is that Venom may be a Spider-Man villain and therefore under Sony’s control, but that doesn’t mean Marvel can’t use symbiotes in the MCU. Marvel has done this in the past as they had super heroes who were Mutants appear, and made sure not to call them Mutants before Disney acquired Fox so that Marvel wouldn’t have a problem.

Marvel can use this opportunity to bring more  obscure characters into the spotlight. If James Gunn didn’t direct the Guardians of the Galaxy (2014), there’s a good chance fans wouldn’t have seen more from the characters as the crew was unknown to many Marvel fans before the MCU film. It wouldn’t be hard to do that again.

Even with Venom, Sony hasn’t made any highly praised movie as most people consider the movie to be decent or just okay. This isn’t bad, but since the symbiote is so iconic, fans deserve better than what Sony is giving them. It won’t be long before fans get to see Gorr and possibly get their first look at a new symbiote that will hopefully lead to Marvel introducing more down the road.

While Marvel may not outright bring a symbiote into the MCU they can easily call Gorr’s symbiote something and use that new term as their potential bridge into bringing more symbiote-like characters into the MCU.

Do you think Venom will be replaced in the MCU? Let us know what you think!