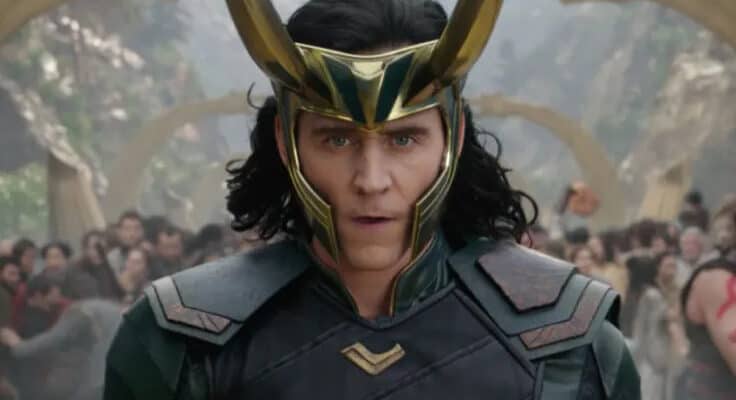 Tom Hiddleston wants fans to know he really isn’t the next “Andrew Garfield.”

The God of Mischief broke records for the MCU when Loki was released last year. Fans got to see a whole new side of the MCU with the Multiverse and introducing variants. Now, Doctor Strange in the Multiverse of Madness (2022) will lean more into exploring what the Multiverse, but the end of Season 1 shocked fans with Kang the Conqueror’s villainous debut.

Season 2 will continue to explore what happens to Loki, but many fans wonder if Hiddleston will be back with Chris Hemsworth for Thor: Love and Thunder (2022). The first Thor (2011) introduced fans to Hemsworth and Hiddleston and now the two have gone on very different paths, but Loki has managed to have a role in every Thor movie. Thor 4 would be the first film without the duo.

Even though Josh Brolin’s Thanos killed Loki in Avengers: Infinity War (2018), Loki could reappear as a variant or in a flashback. Hiddleston was asked about his return and the actor shared that he truly didn’t know and he wanted to make it clear that he wasn’t trying to pull another “Andrew Garfield” denial:

“I’m living in a question mark. It’s all unknown. You know, I used to think that I could predict these things, but I literally have no idea. And I’m not even doing an Andrew Garfield! I just don’t know.”

Garfield has become infamous for tricking fans into believing he wouldn’t return as Spider-Man. Now, Marvel fans are hesitant to believe MCU actors since they never know who might be lying. Doctor Strange 2 is reported to have the Loki cast appear as a cameo in the Doctor Strange movie. This would make perfect as Loki could inform Strange about how the Multiverse was handled with the TVA and of course, Kang the Conqueror.

With Doctor Strange 2 and Thor 4 being so close to each other, fans shouldn’t be surprised if Loki doesn’t appear in the next Thor film if he ends up in Doctor Strange 2. Both movies will happen in very different areas of the Marvel universe and Loki couldn’t possibly be at both locations in that short amount of time.

Do you think Thor 4 will include Tom Hiddleston’s Loki? Let us know what you think!