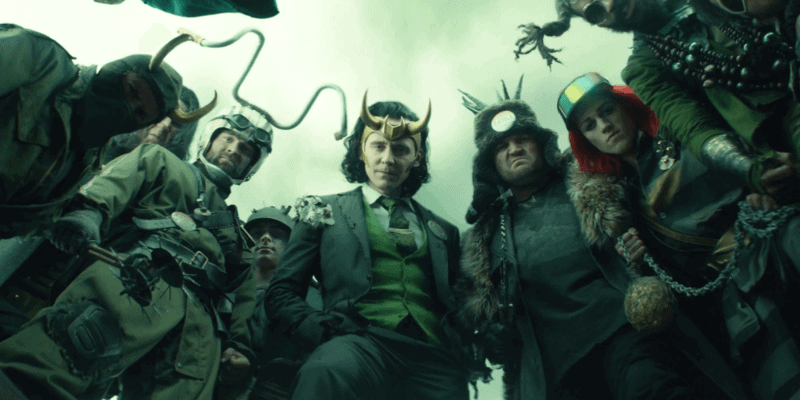 Oscar Isaac’s Moon Knight has a cool connection to Tom Hiddleston’s Loki as the show teases Kang the Conqueror.

While most characters don’t have bizarre or dangerous variants, fans learn about He Who Remains (played by Jonathan Majors) who is revealed to be the Time Lord — the villain that Sylvie (Sophie Di Martino), and Loki (Tom Hiddleston) have been searching for.

Related: ‘Loki’ Actress Shares Everything She Can About Season 2

In their meeting, He Who Remains reveals that if he dies, then the Multiverse will face his other variants once again and they are not as friendly as he is. These other variants are considered to be Marvel’s next Thanos-like threat as Kang the Conqueror is not an easy villain to defeat.

Moon Knight hints that perhaps one of Kang’s variants may have already arrived on Earth. This could be seen as Kang’s Pharoah design is on the jacket of one of the Cairo thugs in Episode 3. Sources did confirm that the design was purposely to look like Kang’s variant:

#MoonKnight Episode 3 had a Kang the Conqueror reference in it, calling to his Rama-Tut identity. pic.twitter.com/GpvgG5lx4I

Fans know this is only the beginning of Kang’s domination in the MCU as the villain is set to have a major role in Ant-Man: QuantuMania (2023), a possible role in Loki Season 2, and of course many more on the way. Kang will most likely be a villain that will arrive several times to take over Earth so the Avengers will have to work hard to be able to find a way to defeat Kang as he will try to conquer the Multiverse.

Do you think Kang will have a role in Loki Season 2? Let us know what you think!