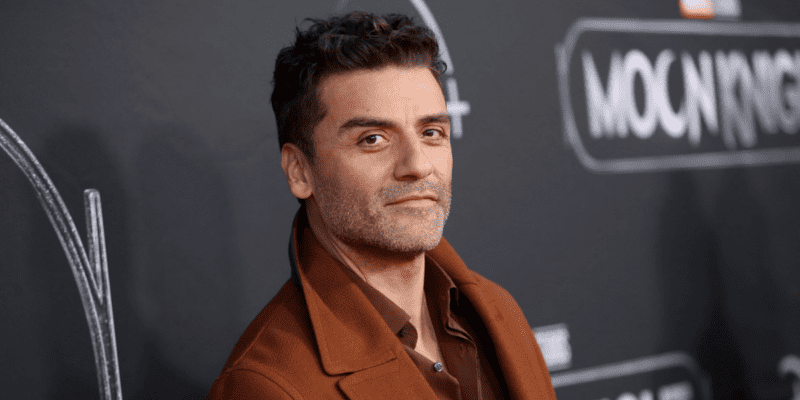 Actor Oscar Isaac is on top of the world with Marvel’s Moon Knight, but the Avenger just made a massive jump to Universal Studios that no one was expecting.

Upon making his Marvel Universe debut in X-Men: Apocalypse (2016) as the titular villain, every Marvel fan hoped to see more of the Poe Dameron Star Wars actor throughout the Marvel Cinematic Universe.

Flashforward to 2022, Isaac is in the Marvel spotlight as Marc Spector/Steven Grant in the Moon Knight streaming series, breaking barriers throughout the MCU of how far a Disney series can go in terms of language and violence.

Isaac is a fan-favorite actor and Disney’s go-to man for numerous events, including presenting Oscars at the Academy Awards to sharing inside looks at new entertainment experiences, such as Star Wars Galactic Cruiser at the Walt Disney World Resort.

Oscar Isaac is a family man, often frequenting the Orlando, Florida area to take a break from Hollywood between filming Dune: Part One (2021) and Moon Knight.

When you’re so close to The Walt Disney Company in so many aspects, it seems nearly impossible to indulge in any of their competitor’s offerings, especially Universal Studios Orlando Resort.

That rule doesn’t apply to Oscar Isaac, however, as the actor just made waves by visiting the Universal Studios Orlando Resort ahead of Moon Knight‘s biggest episode:

Look who entered our orbit on Monday!

Look who entered our orbit on Monday! pic.twitter.com/rUohyzgKP6

Marvel and Universal fans were quick to flip out after seeing Oscar Isaac standing in front of the iconic Universal Studios globe in Orlando, Florida, exclaiming that they’d have given anything to see the actor in person:

Poe Dameron doesn’t go to Rise of the resistance when he wants to have fun. He chooses Velocicoaster.
Well done Universal, well done.

Poe Dameron doesn't go to Rise of the resistance when he wants to have fun. He chooses Velocicoaster.
Well done Universal, well done.

Oscar Isaac is one of the most beloved figures in the entertainment industry, clearly reflected in the hilarious comments left by fans wishing they’d have a chance to see Ex Machina (2014) actor strolling through Universal Studios Orlando while making their way to the Wizarding World for some Butterbeer.

Universal Orlando is also home to Despicable Me: Minion Mayhem, The Simpson’s Ride, E.T. Adventure Ride, Harry Potter and the Escape from Gringott’s, Men in Black: Alien Attack, Hollywood Rip Ride RockIt, and much more, all next door at Universal Studios Florida. Universal’s largest Park, Epic Universe, is currently under construction and is set to be finished by 2025.

Are you a Universal Studios or Disney fan? Or both? Comment below!