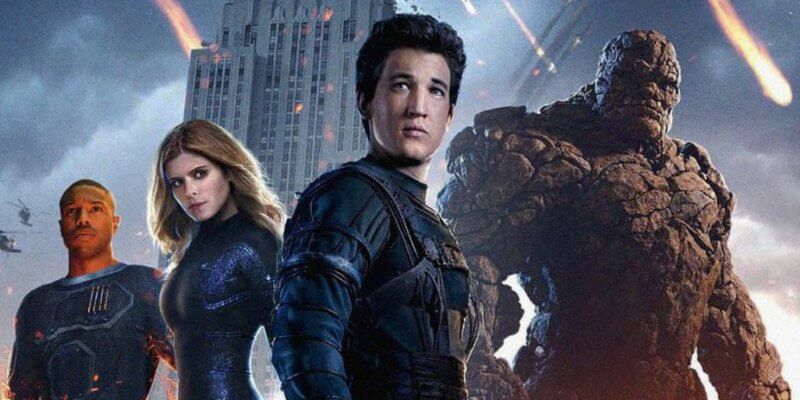 Former Fantastic Four writer, Jeremy Slater admits that he won’t be coming back for the upcoming movie.

Fans have been eager for any news about Jon Watts’ Fantastic Four. Ever since Kevin Feige announced that the superhero team was entering the MCU, fans have been hoping to see the group appear in the MCU in a post-credit scene or make a cameo in one of the upcoming movies.

Doctor Strange in the Multiverse of Madness (2022) might introduce the Fantastic Four as the movie is reported to have Reed Richards be a part of the Illuminati. Watts just finished working on Spider-Man: No Way Home (2021) not that long ago which means that the movie is most likely in early development. Watts has definitely made Tom Holland’s third Spider-Man film one of the best MCU up to date leaving fans with high expectations for his next MCU film.

This isn’t the first time the Fantastic Four has been rebooted as Fox attempted a reboot back in 2015 and it was a total failure. The movie didn’t do well at the box office and fans were disappointed with the story and how the characters were handled. Slater was originally one of the writers for the movie. Now, the writer has moved on and recently worked on Oscar Isaac’s Moon Knight. One fan went to Twitter to ask the writer what he learned from his time working on the Fantastic Four film. Slater had no problem sharing what happened with the reboot:

Well, most of my problems with FANTASTIC FOUR stemmed from the fact that I was trying to write it like an MCU movie, which wasn’t what the director wanted. I didn’t have that problem here.

Well, most of my problems with FANTASTIC FOUR stemmed from the fact that I was trying to write it like an MCU movie, which wasn't what the director wanted.

I didn't have that problem here. https://t.co/TQ3oFYiMyN

It makes perfect sense that Slater had issues with the script as he didn’t write the type of movie that the director wanted to go with. Fox and Sony have tried to replicate the MCU’s success, but without a super interconnected world, those movies usually fall flat. One fan asked Slater if he wants to be involved with the MCU’s Fantastic Four and he explained that he doesn’t mess with the project after his experience with the reboot series:

“Trust me, they don’t need my stink on another Fantastic Four. Plus, the Marvel creative execs on the project are all brilliant. It’s going to be awesome.”

Marvel fans have high expectations for the upcoming Fantastic Four movie and Marvel Studios must know that they have to get it right. With Watts as the director, fans shouldn’t worry about the movie as the director knows how to make a good super hero movie. Hopefully, fans will get to know who will be involved in the super hero team soon as fans have wanted John Krasinski and Emily Blunt to be Reed and Sue Richards.

Here’s a brief description of the movie:

FANTASTIC FOUR, a contemporary re-imagining of Marvel’s original and longest-running superhero team, centers on four young outsiders who teleport to an alternate and dangerous universe, which alters their physical form in shocking ways. Their lives irrevocably upended, the team must learn to harness their daunting new abilities and work together to save Earth from a former friend turned enemy.

The movie did have a stellar cast starring  Miles Teller, Michael B. Jordan, Kate Mara, Jamie Bell, and Toby Kebbell.

Are you excited about the new Fantastic Four? Let us know what you think in the comments section below!