Before Iconic Iron Man Casting, RDJ Was Supposed to Be In 'Fantastic Four' - Inside the Magic 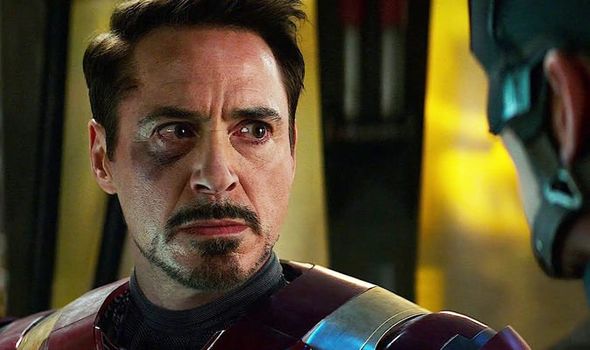 When Marvel fans think of the Marvel Cinematic Universe, there is one actor who tends to come to mind before all the rest — the man who launched the MCU in Jon Favreau’s Iron Man (2008), Robert Downey, Jr.

For over a decade, RDJ portrayed Tony Stark/Iron Man in the Avengers franchise — including starring in the ever-popular Iron Man trilogy itself alongside characters like Natasha Romanoff/Black Widow (Scarlett Johansson), Pepper Potts (Gwyneth Paltrow), and Happy Hogan (Jon Favreau).

Then, however, after finally marrying Potts, becoming a father, and making an incredible 180-degree-turn from the playboy billionaire we all met 11 years before, Stark tragically sacrificed himself in Avengers: Endgame (2019).

This marked the end of the Sherlock Holmes actor’s time in Kevin Feige’s Marvel Cinematic Universe. Downey, Jr. said in no uncertain terms that he has “done all I could with Iron Man”, squashing fans’ hope for his future return to the Marvel universe.

As it turns out, however, Marvel fans almost missed out on RDJ’s legendary portrayal of the Stark Industries titan altogether. Before being cast as Iron Man, the Hollywood star was considered for another, darker Marvel role.

The Story of Marvel Studios: The Making of the Marvel Cinematic Universe recently hit stores, and it contains hundreds of pages of new information regarding the creation of the MCU.

As the book goes over the casting of Robert Downey Jr. as Tony Stark, the most curious piece of information is casually dropped in by Iron Man director Jon Favreau.

According to him, “Marvel had already met with [Robert Downey Jr.] before, I think, to play Doctor Doom.”

This would likely have been for 2005’s Fantastic Four . When Marvel Studios was casting Tony Stark, they were not able to use those characters; Fox had complete control of them.

Now, of course, The Walt Disney Company owns both Marvel Studios and 20th Century Studios — formerly 20th Century Fox — and has the ability to bring The Fantastic Four into MCU canon whenever Feige and his team see fit. It is worth noting, though, that a debut date for Marvel Studios’ reboot of Marvel’s first family has not been confirmed.

As for Iron Man, he made a recent reappearance in the MCU’s first animated series, What If…?, which recently wrapped its first season on Disney+. Although Downey, Jr. didn’t return to voice his iconic character, many other Avengers franchise alums did lend their voice talents.

Can you imagine an MCU without RDJ as Iron Man?

Comments Off on Before Iconic Iron Man Casting, RDJ Was Supposed to Be In ‘Fantastic Four’