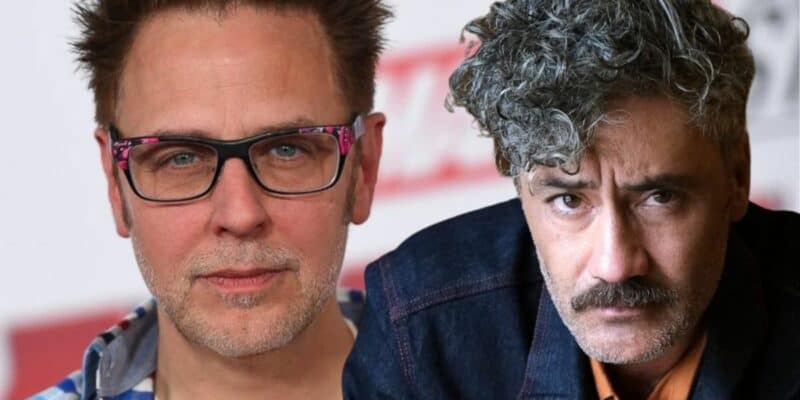 Marvel fans finally got their wish, and Marvel Studios revealed the first trailer for the upcoming Thor: Love and Thunder (July 8, 2022). Among the great moments seen in the Thor 4 trailer was Thor (Chris Hemsworth) talking with the Guardians of the Galaxy, including Peter Quill/Star-Lord (Chris Pratt). The Guardians were rocketed to stardom when James Gunn (The Suicide Squad) brought them to live-action in Guardians of the Galaxy (2014). And James Gunn has more control over his creation than many other Marvel directors and helped Thor director Taika Waititi keep the misfit gang authentic.

The Marvel Cinematic Universe may not be able to handle a collaboration with two of its most beloved directors. Taika Waititi and James Gunn have made some of the best films in the MCU. James Gunn recently answered the below question from a fan on Twitter @NerfSolo about whether he had notes for Waititi on the Thor 4 script:

“James Gunn how much influence did you have over the script for Thor: Love and Thunder? When you read it, did you adjust some of the Guardians of the Galaxy dialogue etc. or did you just say ‘yeah, this is great’ and let Taika do what he does?”

@JamesGunn, how much influence did you have over the script for #ThorLoveAndThunder? When you read it, did you adjust some of the #GuardiansOfTheGalaxy’s dialogue etc. or did you just say “yeah, this is great” and let Taika do what he does? pic.twitter.com/94t4TDWdEV

James Gunn, who also wrote dialogue for the Guardians of the Galaxy for Avengers: Infinity War (2018) and Avengers: Endgame (2019), responded to the question by saying:

“I asked for some things to be adjusted and they were adjusted.”

I asked for some things to be adjusted and they were adjusted.

Thor: Love and Thunder was written and directed by Taika Waititi, who essentially saved the Thor franchise with Thor: Ragnarok (2019). The third Thor film brought comedy to the Asgardians Gods and the wider cosmic Marvel Universe. It starred Tom Hiddleston as Loki, Mark Ruffalo as Bruce Banner/The Incredible Hulk, and introduced Tessa Thompson as Valkyrie.

Love and Thunder will bring back Thompson as King Valkyrie and Natalie Portman as Jane Foster/The Mighty Thor, who has not been in a Thor film since Thor: The Dark World (2013). Thor will go on a journey of self-discovery that will expand Marvel’s pantheon of gods and bring him face to face with Gorr the God butcher (Christian Bale).

Let us know in the comments if you think James Gunn and Taika Waititi make a great team.