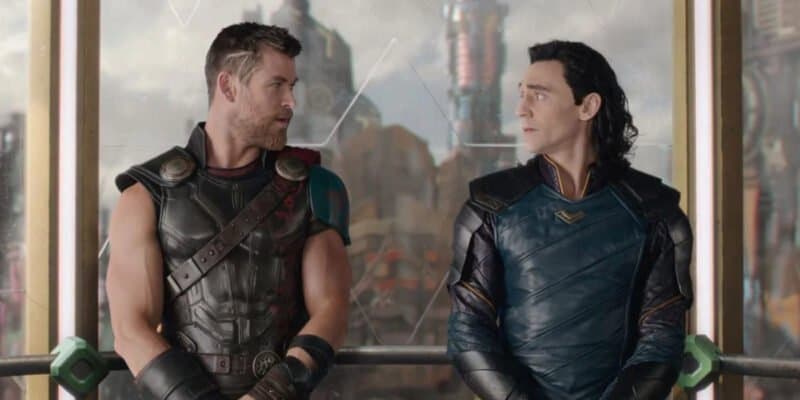 Somehow, Marvel, has Thor believing he grew up with Loki despite having a large age gap.

Of course, fans know that Chris Hemsworth’s Thor and Tom Hiddleston’s Loki think of themselves as brothers. They may not have had the best relationship over the years, but the two characters have been through quite a lot throughout the MCU. In Avengers: Infinity War (2018) Thor had to watch Loki get killed by Thanos which was a shocking and emotional death for the character.

In the first Thor (2011), fans learn that Loki is actually the son of a frost giant meaning that he wasn’t one of Odin’s true sons. Thor comes to terms with this later on, but it does offer a weird continuity error. Based on what the movies have said about Loki’s birth, it is believed that Odin fought the Frost Giants a thousand years before Infinity War meaning that Loki was less than a thousand years old.

Thor, on the other hand, told Rocket twice — once in Infinity War and another time in Avengers: Endgame (2019) — that he was over 1500 years old meaning that the age gap between the two brothers is around 500 years. Marvel fans have been talking about this continuity error ever since Endgame:

Thor and Loki literally have 447 years of age gap I thought Thor lied about his age in iw and then he repeated it in eg so..one more thing, both times he was talking to rocket but why would he lie tho

Thor and Loki literally have 447 years of age gap😭😭

I thought Thor lied about his age in iw and then he repeated it in eg so..one more thing, both times he was talking to rocket but why would he lie tho

The age gap wouldn’t matter except that Thor recounts a story of their childhood in Thor: Ragnarok (2017) where he tells Valkyrie (Tessa Thompson) that Loki pulled a prank on him when they were both 8.

This can’t be right based on their age differences so why does Thor believe he grew up with Loki at the same age? One likely theory suggests that Odin may be the one to blame. Some fans theorize that Odin may have tampered with Thor’s memory of his childhood as he has no recollection of his sister, Hela. Odin may have done the same thing with Loki to make sure Thor believed his younger brother was actually his brother.

If this is the case, it would be great for Thor: Love and Thunder (2022) to explain this as makes it confusing for fans to piece together how the two brothers shared a childhood together. Knowing that Thor 4 arrives in theaters in less than 3 months, it’s possible that fans can see this continuity error retconned very soon.

Do you think Thor 4 will fix this continuity error? Let us know what you think!