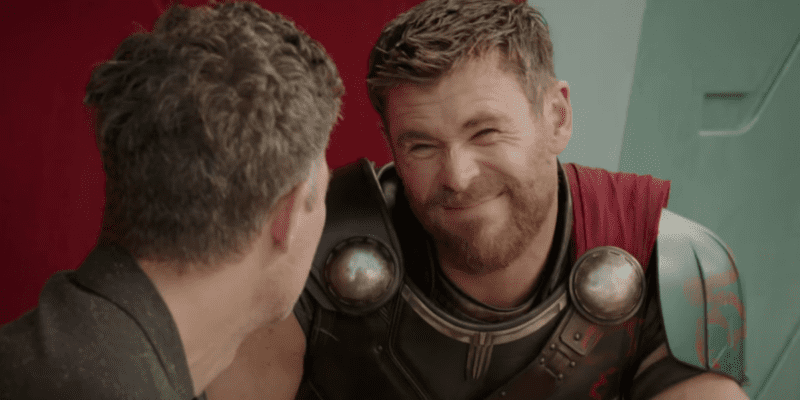 The Marvel Cinematic Universe just changed for the good with the official trailer of Thor: Love and Thunder (2022), but Chris Hemsworth might not be the main hero anymore.

The official teaser trailer of Thor: Love and Thunder from Marvel Studios is finally here, and every Marvel fan is losing it.

After five years since Thor: Ragnarok (2017) debuted, fans were given the first look at the God of Thunder Thor Odinson (Chris Hemsworth), Valkyrie (Tessa Thompson), Zeus (Russell Crowe), Korg (Taika Waititi), and the rag-tag Guardians of the Galaxy, minus Gamora (Zoe Saldana).

Related: ‘Thor 4’ Trailer “Much Worse,” Chris Hemsworth, Marvel “Getting Out of Hand”

The world of New Asgard and Thor’s retirement from being a superhero is abruptly interrupted by Gorr the God Butcher (Christian Bale), Marvel’s latest villain.

Thor undergoes a rigorous training program to get in the best shape of his long life upon being called back into action, but it might not be enough.

With the Asgardians of the Galaxy together as one — especially with Peter Quill/Star-Lord (Chris Pratt), they form a new intergalactic Avengers brigade to stop Gorr. Still, a familiar face returns to Thor’s life: Jane Foster (Natalie Portman).

From out of nowhere, Jane Foster wields Mjolnir, indicating that she is worthy to rule the Asgardian people and even replace Chris Hemsworth Thor.

Upon this many reveals, Marvel fans are losing their minds:

Glad to see Jane Foster back, and as The Mighty Thor. Costume looks incredible, and those arms!

Glad to see Jane Foster back, and as The Mighty Thor. Costume looks incredible, and those arms! 💪⚡️ pic.twitter.com/355wwio8iq

Nonetheless, some fans are concerned that this could be Chris Hemsworth’s last Marvel movie, as Thor’s over-arching role seems to be in the air with the reintroduction of Jane:

Why is he retiring? Huh ? Didn’t Christ Hemsworth say he’s cool playin the character till whenever. Why is this MSHEU taking place? Hawkeye already took damage and y’all ruined Kingpin.

Why is he retiring? Huh ? Didn't Christ Hemsworth say he's cool playin the character till whenever. Why is this MSHEU taking place? Hawkeye already took damage and y'all ruined Kingpin.

Wait, why is she also called Thor? Literally makes no sense, just give her a proper hero name.

Wait, why is she also called Thor? Literally makes no sense, just give her a proper hero name.

Why would her name be The Mighty Thor? Thor is Thor’s name. Her name isn’t Thor, it’s Jane Foster.

Why would her name be The Mighty Thor? Thor is Thor's name. Her name isn't Thor, it's Jane Foster.

With the retirement of Thor heavily teased in the trailer, it’s clear that Hemsworth could be replaced by Natalie Portman’s character, someone who fans haven’t seen since Thor: Dark World (2013).

Thor may not be the happy-go-lucky warrior in Love and Thunder like he was in previous Marvel installments, and it’s clear that Jane Foster’s intergalactic character now has a role more extensive than initially anticipated.

Thor: Love and Thunder follows Thor on a quest for inner peace but his retirement is interrupted by Gorr the God Butcher, who seeks the extinction of the gods. Thor enlists the help of King Valkyrie, Korg & Jane Foster who now wields Mjolnir as The Mighty Thor.

Will Chris Hemsworth be replaced in Thor: Love and Thunder? Let us know in the comments below!