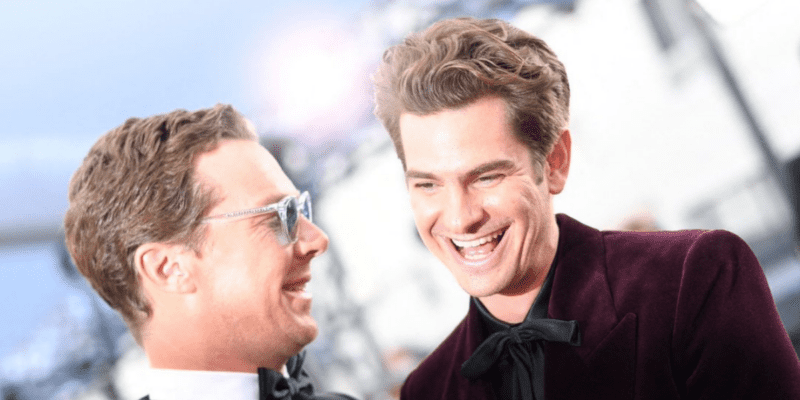 The 2022 Oscars were sure memorable and Will Smith’s “punch heard around the world” is still blowing up the internet. But Spider-Man: No Way Home (2021) star Andrew Garfield saved the day.

The Academy Awards kicked off Oscar night with a bang, but not before Marvel stars Benedict Cumberbatch, Zendaya, and Andrew Garfield strolled down the red carpet.

Though Avenger Tom Holland was nowhere in sight, Garfield and Zendaya rightfully stole the show when posing for selfies together, sparking questions on why a No Way Home reunion was not done.

Nonetheless, throughout the controversial and surprising night, from Questlove’s emotional, heartbreaking acceptance speech to Will Smith’s slapping of presenter Chris Rock on live television after Rock made disrespectful comments about Jada Pinkett Smith’s hair loss, Andrew Garfield came out on top. Even without scoring on Oscar:

Andrew Garfield texting the other Peter Parkers to see if Will Smith slapped Chris Rock in their universes too pic.twitter.com/HWaUWGMp28

Following the Will Smith incident, viewers and every Marvel fan spotted actor Andrew Garfield on his phone, instantly creating memes that the Tick, Tick… Boom! (2021) lead was looking at the Will Smith punch on social media.

One thing led to another, and, well, Garfield stole the night:

Andrew Garfield tweeting on his alt account about Will’s slap.

Another fan tied co-star Zendaya into the mix:

andrew garfield and zendaya scrolling on twitter after will smith punch chris rock.

andrew garfield you’re the winner of my heart.

The Marvel Cinematic Universe wouldn’t be the same with Andrew Garfield, nor would the Oscars.

Many viewers bashed the Academy after not penalizing Will Smith for his violent actions, resulting in cancelations of the actor online.

While Smith still took home the Oscars for Best Actor in a Leading Role, Andrew Garfield took the night as the People’s Champion, something many praises as he enters into the next step of his career and hopefully reappears in the MCU again.

With rumors of The Amazing Spider-Man 3 being greenlit soon, Andrew Garfield’s superhero career is far from over.

What did you think about the Oscars? Let us know in the comments below!