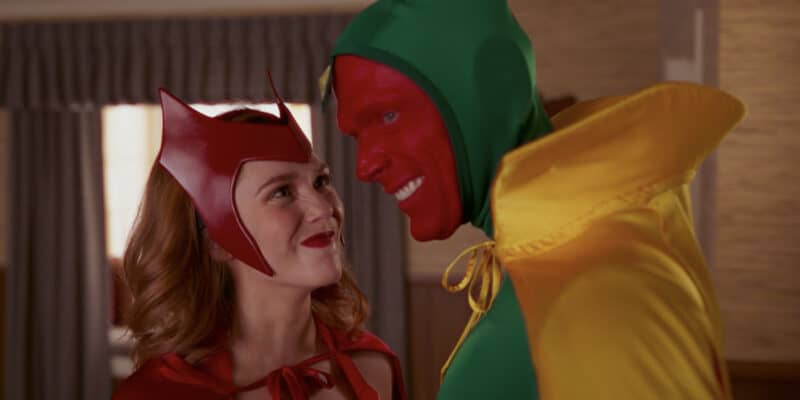 Shang-Chi and the Legend of the Ten Rings (2021) director Destin Daniel Cretton’s secret Marvel Studios original series has been revealed to focus on Simon Williams/Wonder Man. He is working with Andrew Guest, a writer-producer on Brooklyn Nine-Nine and Community, to introduce one of Marvel Comics’ oldest characters yet to appear in the Marvel Cinematic Universe.

Simon Williams/Wonder Man first appeared in Marvel Comic Avengers #9 (1964) by Stan Lee and Jack Kirby. As a young man, he inherited his father’s company, but thanks to Tony Stark/Iron Man’s Stark Industries the company was losing money. So his brother tricked him into embezzling money and joined Baron Zemo’s Masters of Evil.

Simon Williams got his powers after Baron Zemo experimented on him. His powers include an ionic form – the tissue and bones of his entire body were strengthed by Pym Particle charged iota in the “ionic ray” bombardment procedure. This gives him super strength, super senses, enhanced stamina, flight, and immortality.

His brother Eric Williams was the villain Grim Reaper. He tried to kill Earth’s Mightiest Heroes after Simon died and his brainwaves were used to create the Vision. Simon William would work as an Avenger and the West Coast Avengers for a while but left to try his hand at becoming an actor. He was disillusioned with the failures of the Avengers and turned down Steve Rogers/Captain America when he invited him to rejoin. He eventually formed the Revengers.

Simon was in love with Wanda Maximoff/Scarlet Witch. Because his brainwaves were the basis of the Vision the three of them have had one of the strangest love triangles in Marvel Comics. Clint Barton/Hawkeye was another of Wanda’s love interests during this time.

The MCU has teased Wonder Man for a while. Nathan Fillion (Firefly) has campaigned to play Simon Williams for years. He filmed scenes for James Gunn’s Guardians of the Galaxy Vol. 2 (2017), but he was ultimately cut from the film. He did get to voice Wonder Man in the now-canceled M.O.D.O.K. series on Hulu, which starred Patton Oswalt.

It was also rumored Wonder Man could show up in WandaVision when leaks revealed concept art for him. However, he never appeared in the MCU’s first original series for Disney+. WandaVision’s spinoff Agatha: House of Harkness is also in production.

The Hollywood Reporter confirms that Simon Williams/ Wonder Man is headed to Marvel Cinematic Universe. It seems to dash Nathan Fillion’s dreams of playing Wonder Man in live-action as other outlets have thrown out names like Evan Peters as being in contention.

Doctor Strange in the Multiverse of Madness left Wanda Maximoff/Scarlet Witch (Elizabeth Olsen) with an uncertain future. Head writer Michael Waldron will not even confirm if she is alive or dead. So her return could come in Cretton’s new series. And Marvel fans will remember that White Vision (Paul Bettany) is still somewhere, just waiting for the Marvel Universe’s strangest love triangle.

Let us know in the comments if you are excited about the Wonder Man series.