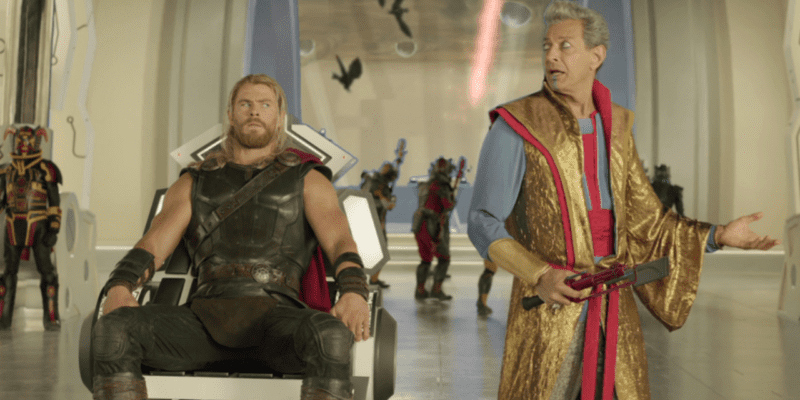 Thor: Love and Thunder (2022) won’t be having any scenes with Christian Bale and Jeff Goldblum or Peter Dinklage as the actor admits that the scenes were cut.

Chris Hemsworth is returning to the MCU as Thor once again except this time Marvel fans will get to see a lot more in such a short time. The movie will start with Thor working with the Guardians of the Galaxy and then the God of Thunder will meet up with his other allies such as Korg, Valkryie, and his ex-girlfriend, Jane Foster/Mighty Thor.

With Christian Bale’s Gorr the God Butcherer killing off any god in his sight, Thor will need all the help he can get to defeat his enemy. Surprisingly enough, the movie’s runtime is just short of 2 hours meaning that fans will get to see all of this in a short time. While this might not bother some fans, Bale has mentioned that the movie has cut quite a few scenes out of the movie.

At first, Bale only mentioned that Taika took out some bizarre dance scenes that wouldn’t work, but now the actor has confessed in a recent interview that he got to work with Jeff Goldblum and Peter Dinklage, but fans won’t get to see those scenes:

Bale explains that Taika cut these scenes as a way to “balance” the movie:

“Yes, because it’s Taika at the helm and there’s very few people who know how to balance and juggle all of that and with such a massive palette and massive budget, which is a task in itself knowing how to do that. He’s done an incredible job with it.”

It’s possible that Goldblum and Dinklage only had scenes with Gorr due to their interactions with other gods, thus making them targets for Gorr to kill. Perhaps Marvel didn’t want to see the two characters get killed just yet, but it’s still sad that fans won’t get to see Goldblum or Dinklage appear in the movie.

Do you wish Marvel kept these scenes in the movie? Let us know what you think!