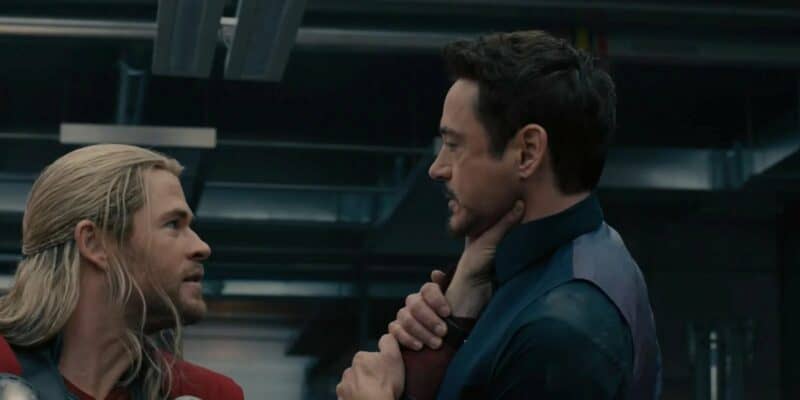 As more than a decade passed, Stark turned from a billionaire playboy into the husband of Pepper Potts (Gwyneth Paltrow), the father of little Morgan, the trusted confidante of Happy Hogan (Jon Favreau), the mentor of Peter Parker/Spider-Man (Tom Holland), the sometimes-adversary of Steve Rogers/Captain America (Chris Evans), and the fearless leader of his father’s legacy, Stark Industries.

Although RDJ has confirmed that his time in the MCU is through, and that he’s done “all I could” with the popular super hero character, he remains popular with Marvel movie fans — some have even begged for his return with a billboard.

If you’ve kept up with the Marvel Cinematic Universe, you already know that it hasn’t always been sunshine and roses between Stark Industries’ fearless leader and the Mjolnir-wielding son of Odin.

In a recent interview, the god of thunder actor said:

“I don’t know that Tony was ever very nice to Thor. [Thor] was the butt of every joke. He wasn’t. Cap was always a little more kind of friendly, [you] know? Offscreen…Down [Downey, Jr.] is the man.”

Waititi also weighed in on Tony’s treatment of Thor over the years, saying:

“No, he [Tony] was never nice to Thor. In Infinity War, you’d been away for a while,” Waititi noted. “Then you land back on earth in Wakanda and no one says, ‘Hello.’ Really? I found that odd. Yes, they’re in the middle of a battle. I get that. But like everyone just like, ‘Oh, there he is.'”

Iron Man-free outing Thor: Love and Thunder has received praise from critics — who say it has more of an emotional, “rom com” vibe than they were expecting — after early screenings. The latest MCU blockbuster will see the returns of numerous fan favorites from prior Thor movies, including Hemsworth, Natalie Portman (Jane Foster/Mighty Thor), and Tessa Thompson (Valkyrie).

What do you think about Tony Stark’s treatment of Thor?