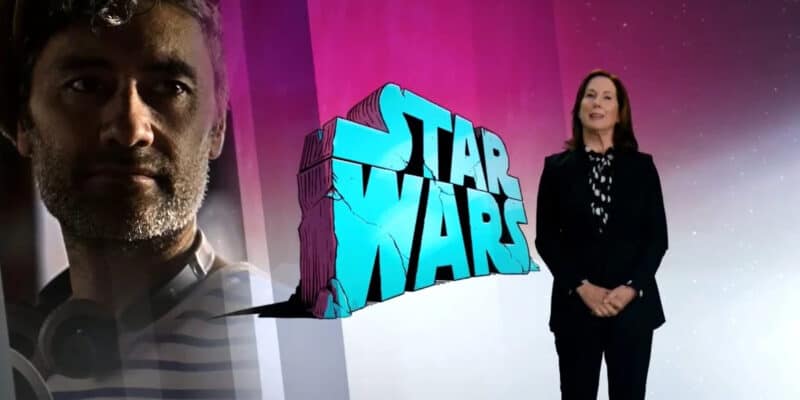 Thor franchise director Taika Waititi (JoJo Rabbit, Free Guy) is about to take a break from the Marvel Cinematic Universe to enter a galaxy far, far away. The Oscar winner has become one of the hottest commodities in Hollywood, and Lucasfilm, Ltd. is the next studio to reap the rewards of working with Waititi.

Waititi has been working on his upcoming Star Wars movie for several years, but thanks to some reshuffling in the Lucasfilm release schedule — which saw Patty Jenkins’s Star Wars: Rogue Squadron moved from 2023 to 2007 — Star Wars fans could see his installment in the Star Wars saga sooner rather than later.

Recently, the director jokingly tortured the fandom by joking that his film will feature a plot about much-maligned prequel trilogy character Jar Jar Binks (Ahmed Best).

There were many rumors he was going to resurface in Deborah Chow’s recent Obi-Wan Kenobi series, starring Ewan McGregor (Jedi Master Obi-Wan Kenobi) and Hayden Christensen (Darth Vader), but he did not appear.

Related: ‘Star Wars’ Fans Agree on Something, Applaud ‘Obi-Wan’ Finale as “on Par With Mando”

On The Late Show With Stephen Colbert, Waititi was asked if he was really going to “ruin” Star Wars for the fan community, to which he replied:

“No, I’m not. Imagine if I was like ‘yeah. I’m gonna give you the Jar Jar Binks story that everyone has been asking about.'”

Waititi’s project was originally slated for a 2025 release, with Marvel Studios President Kevin Feige’s movie in the 2027 spot that Rogue Squadron now occupies. Lucasfilm has not confirmed which movie will be moved up to next year.

Both Waititi and Feige have been working on script writing and location scouting. Next to nothing is known about the direction Feige’s film will take — unsurprising given his commitment to secrecy with the Marvel Cinematic Universe — but many Star Wars fans believe that Waititi’s plot was already spoiled at The Walt Disney Company’s 2020 Investor Day.

During the announcement, Kennedy noted:

While Kennedy said this, a brand new Star Wars logo [above] — that looks a bit “stone age” instead of “space-age” — appeared on the screen behind her. The logo appears to be made from cracked rocks and almost has a The Flintstones vibe, indicating that we could be traveling way back in time for Waititi’s Star Wars movie installment.

Viewers noticed another intriguing potential plot clue during Kennedy’s December 10, 2020 presentation. At one point, a diamond-shaped ship appeared on the screen, seemingly hurtling toward an unknown planet.

The Our Flag Means Death star has not given away specific details of his Star Wars project, but has said the script will be “very me.”

What do you think Waititi’s Star Wars film will actually be about?