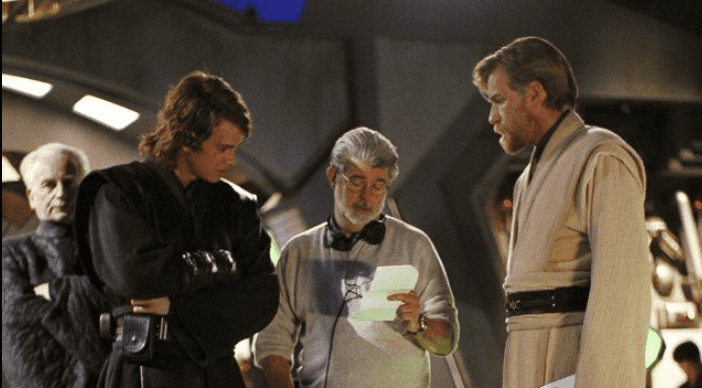 Ever since fan-favorite Jedi Mace Windu (Samuel L. Jackson) seemingly met his demise while battling Darth Sidious/Emperor Palpatine (Ian McDiarmid) in Star Wars: Episode III – Revenge of the Sith (2005), there have been theories that the powerful Force wielder — and his iconic purple lightsaber — somehow survived.

Jackson himself has been vocal about his belief that Windu is not dead, even going so far as to say the Star Wars universe has a “long history” of “one-handed Jedi” — we see you, Luke Skywalker — and that “Mace ain’t done.”

All of this led many Star Wars fans to believe that Jackson would show up in Obi-Wan Kenobi alongside prequel trilogy actors Ewan McGregor (Jedi Master Obi-Wan Kenobi) and Hayden Christensen (Darth Vader).

While this cameo appearance didn’t happen during Kenobi’s six-episode first season, Christensen has now confirmed that he, too, believes Windu is alive somewhere in the Star Wars galaxy. In a recent video interview [below], he told MTV News, “If Sam Jackson wants it to be true, I wouldn’t want to disagree with that.”

McGregor, however, has defied both Lucas and Christensen, claiming that he thinks there’s no way Windu survived Palpatine’s attack. The Scottish-born actor vehemently said, “”No. No. I don’t think so. Is he [alive]? No, no, no.”

At this time, Windu’s official return to the Star Wars galaxy hasn’t been confirmed, but there are numerous places he could show up in the relatively near future.

We know, for example, that The Mandalorian spinoff series, The Book of Boba Fett, may receive a second season and star Temuera Morrison (Boba Fett) has confirmed that the Jedi Council member is “top of the list” for a cameo appearance. Fett wants to get vengeance against Windu — after all, Jackson’s character did decapitate his father, Jango Fett, at the Battle of Genosis in Star Wars: Episode II – Attack of the Clones (2002).

It’s also theoretically possible that Windu is the Jedi who saved Grogu (AKA “Baby Yoda”) from Order 66 when Christensen’s Anakin Skywalker killed the Padawan learners at the Jedi Temple on Coruscant. If this happens to be the case, Windu could theoretically show up in either The Mandalorian Season 3 or the upcoming Ahsoka series starring Rosario Dawson.

As for Obi-Wan Kenobi, the Season 1 finale left the door open for a second season of the Disney+ Original series.

What do you think about Mace Windu’s potential Star Wars return? Do you agree with McGregor or Christensen and Lucas?