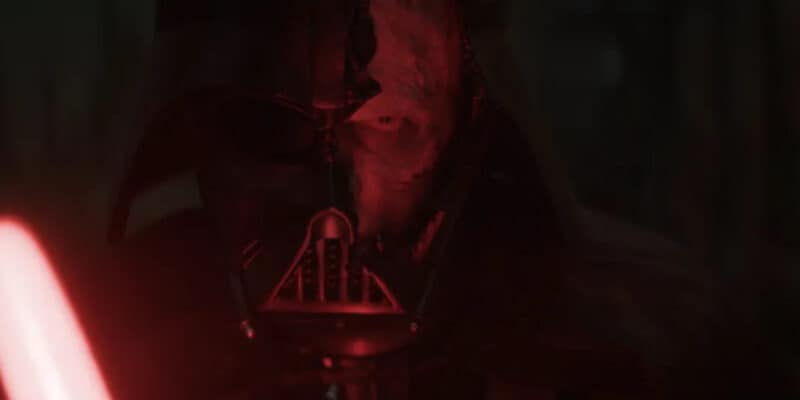 When the first season of Obi-Wan Kenobi concluded this week with its sixth episode, Star Wars fans got what they’d been waiting for since the series was confirmed during the 2020 Disney Investor Day event.

The Obi-Wan season finale delivered, with an epic showdown between the former Padawan and his one-time Master. Even the Sith Lord himself admitted that Kenobi’s “power has returned”, and there were even floating rocks — there are always floating rocks, as any true Star Wars fan knows.

One recent article described the scene as:

The fight in Obi-Wan Kenobi took place on a derelict planet surrounded by spires of rock, allowing for an equal amount of lightsaber combat and Force abilities to be explored. The fight took many different turns, with each combatant seemingly winning the fight at different points, but it was Kenobi himself who won…

Although the light side of the Force prevailed and Kenobi ultimately won the lightsaber battle, it could be argued that there really was no winner — only a tragic portrayal of Anakin Skywalker’s fall to the dark side, complete with a glimpse of his now-sinister face.

An observant fan took to Twitter to note that this scene — in which the right side of Darth Vader’s iconic mask is broken — actually completes a story arc that began nearly 40 years ago in Star Wars: Episode VI – The Return of the Jedi (1983):

#ObiWanKenobi spoilers
.
.
.
.
.
Obi-Wan broke the right side of Vader's mask and Ahsoka broke the left side of his mask

But only Luke was able to fully unmask Vader and bring back Anakin ☹️ pic.twitter.com/0icaJPBixT

In George Lucas’s original trilogy, young Jedi Knight Luke Skywalker (Mark Hamill) — who we see as a 1o-year-old child on Tatooine in Obi-Wan Kenobi — discovers his parentage in Star Wars: Episode V – The Empire Strikes Back (1980) during the iconic “Luke, I am your father” scene that takes place on the Cloud City of Bespin.

Ultimately, it is Luke — Anakin Skywalker’s son — who is able to help him complete his redemption arc in the final installment of the original trio of films. This proves the close connection the two have, since even Anakin’s former Jedi Master was unable to break the hold the dark side had on him.

Tano, who was Anakin’s Padawan in Lucas and Filoni’s Star Wars: The Clone Wars series, fights her former Master in “Twilight of the Apprentice,” a special one-hour Rebels event that served as the Season 2 finale episode.

A description of Tano’s battle with the Sith Lord, which occurs as Ezra Bridger (Taylor Gray) and Kanan Jarrus (Freddie Prinze, Jr.) are trying to escape from Malachor, reads:

…Ahsoka suddenly reappears and attacks Vader, knocking away his lightsaber and damaging his helmet. With the right half of his mask destroyed, Vader as Anakin calls out Ahsoka’s name, shocking her. Beneath the charred helmet and scarred face, Tano sees her former master. Torn by her feelings to Anakin, Ahsoka tells the fallen Jedi she would not leave him. Vader appears to consider this for a moment but ultimately replies “Then you will die,” and re-ignites his lightsaber.

Ultimately, of course, both Tano and Darth Vader survive the fight and have gone on to play major roles in the Star Wars galaxy.

Christensen has indicated that he has every intention of returning to the iconic role again if Lucasfilm and The Walt Disney Company will have him, and Rosario Dawson (The Mandalorian, The Book of Boba Fett) is gearing up to reprise her role as the live-action version of Tano in her own self-titled Mandalorian spinoff, Ahsoka.

As for Obi-Wan Kenobi, the Season 1 finale left the door open for a second season of the Disney+ Original series.

What do you think about the Star Wars franchise closing this story arc after four decades?