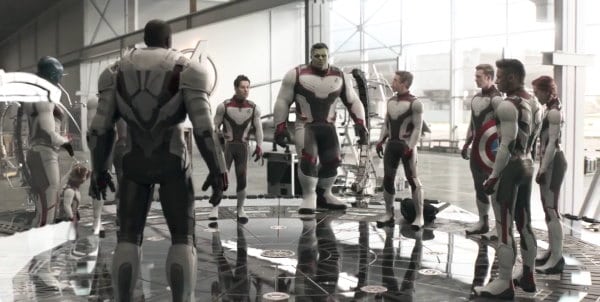 Marvel might be opening the door for a certain Avenger to return to the Marvel Cinematic Universe.

After Avengers: Endgame (2019), fans have definitely missed seeing Robert Downey Jr.’s Tony Stark/Iron Man and Chris Evans’ Steve Rogers/Captain America in the MCU, but most of the Avengers have either died or been replaced.

Marvel’s Phase Four has started this trend of replacing the original six Avengers with a new super hero which has angered fans. After seeing that Mark Ruffalo’s Bruce Banner/Hulk will be “passing the torch” in She-Hulk and Chris Hemsworth’s future as the God of Thunder is up in the air, it’s not surprising that fans aren’t happy with this trend.

Even though the comics replaced the iconic super heroes at one point, fans haven’t had enough time to see other super heroes in the MCU before seeing the super heroes they love and care for being replaced. This isn’t easy for fans and now it seems that Marvel may be making amends with Jeremy Renner’s Hawkeye.

The Disney+ series starred Renner as the ex-S.H.I.E.L.D. agent trying to recover his Ronin suit after it was spotted in New York City. Hawkeye had a dark past during the Blip as his entire family vanished and left him entirely alone. This drove the super hero to a dark path as the murderous Ronin who hunted down any criminal that was a threat.

Related: After Giving Her “Soul” to the MCU, Marvel Director Refuses to Return

While the series helped explore more of Renner’s grief and trauma after Endgame, the show also set up Hailee Steinfeld to be the next Hawkeye. The series also set up Alaqua Cox’s Echo to get her own series so fans didn’t think there was a chance for the series to get a second season since almost all of the MCU series besides Loki have only one season.

Back in April, Disney placed Hawkeye in the “Limited Series” category for the Emmys leaving fans to believe that there wasn’t a chance for Season 2. According to some sources, Disney has changed their mind as they just moved the series into the “Outstanding Comedy Series” category opening the door for a Season 2 to be announced soon.

If Jeremy Renner was to return in the second season, it definitely would be a shock as fans thought that Hawkeye was a finished story. Steinfeld’s Kate Bishop has become the next Hawkeye and now Clint can enjoy his time as a father with his family and live a happy life. Perhaps this is too good to be true for Clint Barton which is why a second season will happen and mess with his family life once again.

If Hawkeye comes back for a second season, it could bring back Vincent D’Onofrio’s Kingpin as the crimelord could send his men to hunt Barton and Bishop. Kingpin could blame them for Echo’s actions because he wouldn’t want his men to think that his family is attacking him — Echo is his niece — so it would make sense to put the blame on the two super heroes.

Whatever direction Marvel decides to go with Hawkeye, it would be great if a second season is greenlit, but at the end of the day, at least the series feels complete. If Marvel decides to make a second season, it would be a little odd to place the series in the comedy category instead of the limited series because Hawkeye will have a harder time competing against other series.

Do you think Hawkeye Season 2 will happen? Let us know what you think!