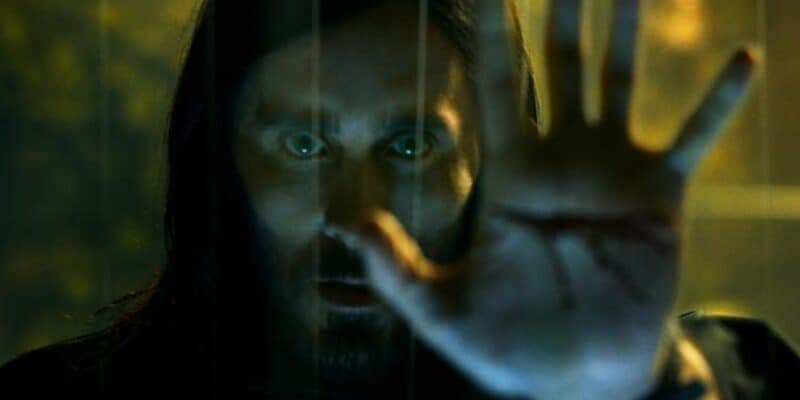 Jared Leto’s Morbius was removed recently from Twitch after violating some of the platform’s copyright policies.

While Twitch is more known for streaming video games or creating spaces to chat with streamers, Morbius struck a new chord with fans after a user had the movie running for several days on the channel.

Most of the time, the movie would be taken down immediately due to copyright issues and studios not wanting their movies to be streamed for free to thousands of fans, but Morbius was a massive flop for Sony as one of the worst Marvel movies ever made. Not only did it receive dismal ratings, but had some of the worst moments at the box office.

Sony has had a lot of success with Tom Holland’s Spider-Man, but after Spider-Man: No Way Home (2021) fans wondered if Morbius could be the next best thing from Sony. Sadly, this wasn’t the case and the movie left several fans disappointed as they wanted Andrew Garfield’s Spider-Man to return in more movies, but Sony would rather make movies without the iconic super hero and only focus on telling a story with one of Spidey’s lesser-known villains.

After seven delays, it seems that nothing could’ve saved Morbius from failure, but fans have somehow turned the movie into a joke as fans jokingly state that the movie is actually one of the best movies of all time. This is what probably led the user, Morbius247 to get a huge following after fans realized that the movie wasn’t being taken down.

Fans began to flock in on the small stream until thousands of concurrent viewers were watching the movie and after a few days, the stream was unceremoniously cut due to the stream violating copyright issues. One source claims that the stream had around 10,000 viewers right before it was removed and fans were spamming the chat with jokes about Morbius:

As of the time of writing, the Twitch broadcast of Morbius has nearly 10,000 views and the chat is spamming messages such as “It’s Morbin time,” “Morbius Sweep,” and “I love Morbius!” The channel has nearly 2,000 followers and its bio reads “Morbius related channel. Morbius mixes, news, big plays, tilts. Everything that is somewhat related to Morbius.” It’s entirely possible this is some viral marketing stunt on Sony’s behalf, as the studio may have realized the potential in capitalizing on the memes, but this is pure speculation.

Since the stream was taken down right after the credits for the movie started to roll, fans really wondered if Sony saw the value in promoting their movie and waited to take it down after the movie ended. While the user likely was just a fan and not affiliated with Sony, it’s hilarious that the one user was able to get a bigger following for the movie than Sony could with millions invested in marketing.

The trailers for the movie left fans disappointed after several scenes were cut from the movie or were just added into the trailer to make fans believe a certain character like Tobey Maguire’s Spider-Man could show up. Sony’s slate of spinoff movies aren’t impressing fans like Holland’s Spider-Man movies do.

While Tom Hardy’s Venom has done well for Sony, it seems that fans aren’t excited for the four other spinoff projects that the studio is making especially since one of the movies, El Muerto is about a Spider-Man who has only been in two comic issues. It’s hard to take Sony seriously which is why Morbius has kind of become something else as the movie is nowhere close to being a good movie, but it’s so bad that it’s actually entertaining to watch with friends and make fun of the terrible lines and horrible editing.

Do you think Sony will make a sequel for Jared Leto’s Morbius?