'Morbius' Removes Marvel Villain From the MCU - Inside the Magic 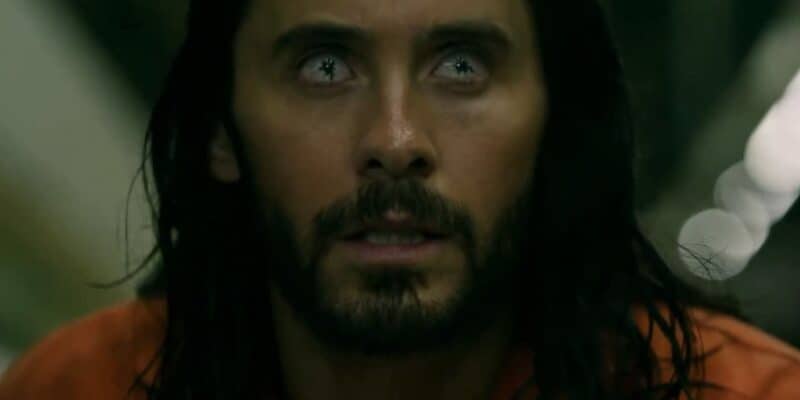 Jared Leto’s Morbius (2022) has shaken up the Marvel Cinematic Universe.

Reviews for Leto’s solo film haven’t been the greatest as the movie sits at 17% on Rotten Tomatoes. Fans haven’t been happy with the movie especially since it was originally supposed to release back in 2020, but the pandemic caused the movie to be delayed several times. After seven delays, Morbius is finally able to be seen by fans, but after hearing terrible reviews, fans haven’t gone to see the film as the movie is having a terrible opening at the box office.

Fans were intrigued by the trailers for the movie as the film seemed to have teased connections with Sam Raimi’s Spider-Man universe, Andrew Garfield’s Spider-Man, Tom Hardy’s Venom, and the MCU. The director for Morbius decided to explain what connections the film has with the other franchises.

***MINOR SPOILERS FOR MORBIUS BELOW***

How does Morbius connect to the other movies?

Hardy’s Venom is referenced a few times in the movie as some of the detectives make note that this isn’t the first weird thing to happen in the past few months and Morbius does make a joke at one point that he is Venom to some low-level thugs.

The movie didn’t confirm who the Spider-Man for Morbius’ universe is, but the director did confirm that Sony plans to reveal the Spider-Man soon. This could be in a future project such as Kraven the Hunter (2023) or the Madame Web project. Tobey Maguire’s Spider-Man was originally seen in the trailer, but the director confirmed the shot was placed in the trailer for marketing and that the shot never made it into the film because it didn’t belong in the final cut.

Garfield’s Spider-Man seems like he will be the one facing Morbius and Venom as there are reports that Sony is considering making a third Spider-Man movie with Garfield. Sony has not made it clear what fans can expect to happen with the Spider-Men after Spider-Man: No Way Home (2021) brought all the Spider-Men back onto the big screen so fans have their fingers crossed that the two Spider-Men will return in some way.

Why do the Morbius post-credit scenes matter?

Morbius did have a major connection with No Way Home. Morbius ends with Michael Keaton’s Adrian Toomes/Vulture being transported into the same universe. This is explained due to Doctor Strange’s spell somehow bringing Toomes into the Sony universe into another prison. It is then explained that since there was no Adrian Toomes in this universe, the villain is released.

Another post-credit scene shows that Toomes has already created a Vulture suit here and meets up with Morbius to discuss a new team that Vulture is creating which fans immediately know will be the Sinister Six. While this may be exciting for some, other fans are worried about Sony’s treatment of the characters.

Some fans might be confused about how the Vulture could just travel between worlds. The director for Morbius did reveal that this was Sony’s idea and that Marvel wasn’t involved in the thought process:

“The idea of moving between worlds was invented by Sony, not by the MCU. They did it and then I had to adjust. That’s the thing with the Marvel universe, in the comic books it’s always expanding. There are rules you’re slowly setting up together, but the creators are different.

So far, Sony hasn’t been able to make amazing movies without Marvel’s help. All of the Tobey Maguire Spider-Man movies and Tom Holland movies were made in a collaboration with Marvel. Now that Sony is continuing forward and making more independent projects, it’s concerning that Sony may ruin Spider-Man once again.

Why Sony won’t work as much with Marvel?

Spider-Man fans were scared after it seemed that Tom Holland wouldn’t be returning to the MCU after Sony and Disney couldn’t agree to work together after Disney had more demands for their next agreement. Sony of course had no interest in surrendering more profits to Disney. At first glance, Marvel fans may want to blame Sony for being stubborn, but a lot of the blame should go to Disney.

The movie rights for Spider-Man belong to Sony, but all other rights to the character belong to Marvel which means that Disney can profit off of merchandise and comics. If Sony continued to work closely with the MCU, the company doesn’t make as much profit which is why they are slowly moving their characters away from the MCU.

Keaton’s Vulture now belongs in the Sony universe and most likely won’t return to the MCU because the villain doesn’t have to. There’s a good chance that Jake Gyllenhaal’s Mysterio might return so that Sony will have another villain for the Sinister Six.

Marvel fans might get upset and expect Kevin Feige to prevent Sony from ruining these characters for a quick cash grab, but Marvel Studios don’t have the rights to the character so they have to go along with it. Fans shouldn’t be worried about Holland’s Spider-Man leaving the MCU since the actor will be reprising his character for Spider-Man 4 which is in early development.

Fans can hope for the best, but Spider-Man’s future isn’t looking good if the rest of the Sony movies will be like Morbius. There’s a chance that Holland could end up being taken out of the MCU as well, but that won’t be happening soon.

Do you think Sony should have left Michael Keaton’s Vulture alone? Do you want Sony to create a Sinister Six movie? Let us know what your thoughts are in the comments section below!

Comments Off on ‘Morbius’ Removes Marvel Villain From the MCU