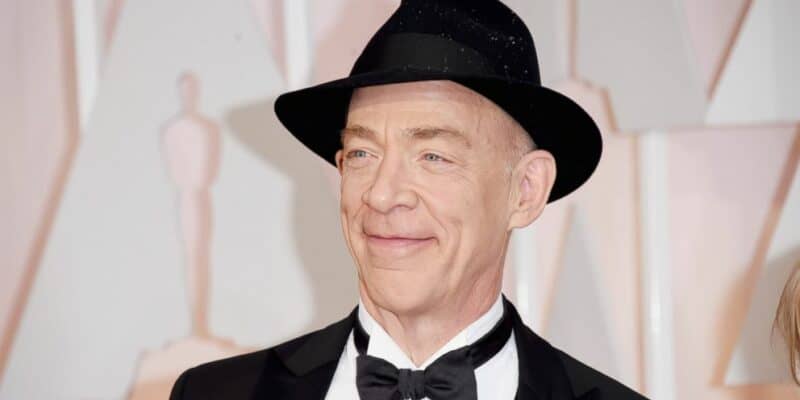 J.K. Simmons is hoping he can come back for future movies to play the fan-favorite character, J. Jonah Jameson.

Sony has already confirmed that Spider-Man 4 is in early development — despite Tom Holland saying he will be taking an acting break. No matter when Spider-Man 4 is released, fans are excited to see where Spider-Man’s journey goes as Spider-Man No Way Home (2021) ended with the world not knowing that Peter Parker was Spider-Man.

J.K. Simmons was able to reprise his role as J.J. Jameson for No Way Home as a talk-show host for the Daily Bugle and continued to antagonize Spider-Man through the media. This was a more modern approach compared to Sam Raimi’s Spider-Man trilogy where Jameson used the Daily Bugle newspaper to turn people against the friendly neighborhood Spider-Man.

In an interview with Deadline, J.K. Simmons weighed in on if he will be returning as Jameson in the Marvel Cinematic Universe:

Host Pete Hammond: It’s so interesting, the way he (J. Jonah Jameson) pops in [to Spider-Man: No Way Home]. Yout gotta have him, I don’t know why you weren’t in the other two, you should’ve been!

J.K. Simmons: Hey, I think I’m gonna be in more, so… Fingers crossed.

It was a surprise that Spider-Man didn’t have Jameson’s infamous presence in Spider-Man Homecoming (2016) but in the post-credit scene for Spider-Man Far From Home (2019), fans got to see Simmons reprise his role as the Daily Bugle shared Mysterio‘s final message revealing that Peter Parker was Spider-Man to the world.

Jameson was then spotted again in Venom: Let There Be Carnage (2021) as Tom Hardy’s Venom traveled into the MCU at the end of the movie.  Now, fans wonder how much more we will see of the media giant as the Daily Bugle was spotted in the trailer for Jared Leto‘s Morbius (2022) implying that Simmons may be playing variants of Jameson.

Whether or not Simmons will be in Spider-Man 4, at the very least fans should expect to see more of Jameson in the future as the actor could appear in Morbius or in another spin-off project with the Daily Bugle.

No Way Home allowed fans to see previous Spider-Men, Tobey Maguire and Andrew Garfield return as Spider-Man. Maguire is rumored to appear in Doctor Strange in the Multiverse of Madness (2022) while other reports say that Garfield may be a part of more Sony films. Hopefully, in the future, Jameson and Maguire can reunite on the screen with Simmons as the two together would be a fan’s dream come true.

No Way Home has been dominating the box office as it recently surpassed Avatar. Despite the large success, the movie only received one Oscar nomination, and fans — and talk show hosts — are angry that the film wasn’t nominated for more. There are already reports that Sony Pictures has begun early development on Spider-Man 4 with Marvel Studios, but Holland has confused fans by saying he isn’t certain if he will return. The actor has even mentioned that maybe it’s already time for someone else to be Spider-Man.

Spider-Man needs all the help he can get as his wish for his life to go back to normal causes a spell to go wrong and has villains from other corners of the Multiverse appear and they begin to terrorize Peter’s world. Yet, Spider-Man believes in second chances due to his Aunt May (Marisa Tomei) and tries to save villains such as Alfred Molina’s Doctor Octopus, Willem Dafoe’s Green Goblin, and Jamie Foxx’s Electro. Tom Holland’s Peter Parker/Spider-Man can’t do it alone which is why gets help from Benedict Cumberbatch’s Doctor Strange, his best friend, Ned Leeds (Jacob Batalon), his girlfriend MJ (Zendaya), Happy Hogan (John Favreau).

Do you think we will see J.K. Simmons as J.J. Jameson again? Let us know in the comments below!

Comments Off on “Execs. Have Fingers Crossed” ‘Spider-Man 4’ Is A Go