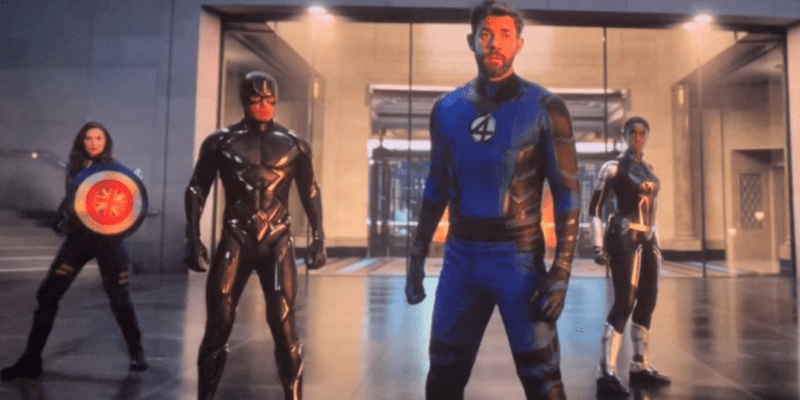 Doctor Strange in the Multiverse of Madness (2022) introduced a new super hero team to fans. The Illuminati. While they have a brief spot in the latest MCU film, fans may not know much about the secret society.

If Marvel plans to keep the group around, it’s possible that the Illuminati may replace the Avengers or even serve as the main crossover team for other groups like the X-Men, Avengers, and Fantastic Four. This group of super heroes almost had several well-known characters join the roster in Doctor Strange 2 such as Ghost Rider and even Magneto.

Why was the Illuminati Created?

In the comics, the different super hero teams felt like the Earth couldn’t be protected if they didn’t work together. After the Kree-Skrull war, Iron Man felt that the world needed to be more unified if they were to survive another catastrophic event. This led to him thinking about creating a mega super hero team comprised of all the different groups.

Many of the different heroes disagreed and it was decided that an elite cabal of super heroes should form and decide how to handle the difficult decisions on what to do when it came to saving the world.

One of the reasons why a large super hero team wasn’t created is that it would be hard to lead a  team of that size when many of the leaders were already having trouble leading their own teams beforehand. The Marvel Database summarizes this argument from the comics for why the Illuminati should be a small team:

The group was formed during a meeting called by Iron Man within a week after the Kree-Skrull War. Iron Man had come to realize that all the individuals present had scattered bits of information about the threat, and that they could have collectively stopped it from ever happening. He argued that since alien races viewed the Earth’s heroes as its law enforcement, they should start acting like it, and proposed a unified super-group of Earth’s superhumans. This idea however was poorly received by the others. Namor argued that those present couldn’t even control their current groups, and would thus be wholly incapable of running a larger endeavor. Reed Richards and Doctor Strange echoed this argument. Namor also pointed out that all of them had too many secrets and shady goings-on within their groups for them to shine a light on it all and reveal everything to the public.

Who Is A Member of the Illuminati?

This group included some of the smartest minds in the Marvel universe such as Reed Richards, Namor, Charles Xavier, Tony Stark, Doctor Strange, and Black Bolt. Black Panther almost joined the group, but decided to stay out of the team in the comics after disagreeing with their decisions on how to handle the Skrulls that threatened their world:

The vote was unanimous, with the exception of Black Panther, who told them that the reason the Skrulls had an easy time turning the people of the Earth against its heroes was because deep down, everyone feared what had just happened; superhumans deciding to take the Earth’s affairs solely into their own hands. He asked them what would happen when they were faced with an Earth-changing moment, and all disagreed entirely on how to handle it, before walking away.

This small team of six superheroes represented a faction of well-known super heroes from the Marvel universe. Charles Xavier was the leader of the X-Men, Black Bolt was the King of the Inhumans, Reed Richards was the leader of the Fantastic Four, Namor was the prince of Atlantis, Tony Stark was one of the leading members of the Avengers and Doctor Strange was the sorcerer supreme.

This meant that the Illuminati had a lot of resources at their disposal and didn’t have to risk having their secret shared with the public by having all the super heroes in one place. While this worked in the comics, the Marvel Cinematic Universe can’t perfectly adapt the secret society from the comics, but Doctor Strange 2 definitely does a good job recreating the team.

Who Are the Illuminati in Doctor Strange 2?

When Benedict Cumberbatch’s Doctor Strange lands with America Chavez (Xochitl Gomez) in another universe, he is surprised to find out that he is considered one of the largest threats in this universe. After Supreme Strange was corrupted by the Darkhold, the Illuminati had to destroy Supreme Strange and told the world he was one of the greatest heroes in their timeline by placing a memorial in front of the Sanctum Sanctorum.

This may have made sense for the Illuminati in their timeline, but Strange had just seen what Elizabeth Olsen’s Scarlet Witch could do so it wasn’t a huge surprise that he tried to convince Mordo (Chiwetel Ejiofor) that she was the real threat to their universe. When Mordo brought Strange to speak to the Illuminati, fans got to see who was in the super hero team and there were a few surprises for fans.

While the trailers had spoiled Maria Rambeau’s Captain Marvel and Hayley Atwell’s Captain Carter, fans were stunned to see John Krasinski as Reed Richards. Another surprise was Anson Mount reprising his role as Black Bolt and of course seeing another variant of Patrick Stewart’s Charles Xavier. This roster may not be an exact replica of the team in the comics, but it definitely made a lot of sense.

Fans weren’t happy to see the secret super hero fail to understand how dangerous Wanda really is as the Scarlet Witch. The group was then easily killed by her in a few minutes leaving fans shocked at what they just saw. Since Marvel is now exploring the Multiverse this means the Illuminati do have a future in the MCU.

Are the Illuminati Important for the MCU’s Future?

Related: Marvel Director Agrees “Feeble Gesture” Should Have Been Bigger

The Avengers are only referenced a few times in Phase 4 so it seems that Marvel is moving away from the iconic super hero team as they continue to introduce new super heroes. Some fans have complained that Marvel really doesn’t feel like it has a big goal for Phase 4 as some projects focus on introducing new characters while other projects like Doctor Strange 2 explore more of the Multiverse.

This is fun to see, but it doesn’t provide fans with a general direction for where the MCU is going. Phase 1 led to the Avengers being created and then Phase 2 and 3 culminated with the Infinity Saga storyline. Phase 4 appears to have lost momentum, but it’s possible that Marvel is trying to introduce all these characters so that the MCU can have several super hero teams like the Young Avengers, Illuminati, X-Men, Fantastic Four, and the Midnight Sons.

This is quite a few super hero teams to introduce and it isn’t easy to do, but the Illuminati could easily be the leading team for the MCU. With Reed Richards known to have a big role in the MCU’s future, it would make sense that Illuminati would replace the Avengers as a way to ensure no one like Thanos could wreak havoc on Earth again.

The Illuminati would also allow unlikely heroes like Namor and Black Bolt to continue having a large role in the MCU as Marvel figures out what to do with Atlantis and the Inhumans. Ms. Marvel will be Marvel’s first mistake by not exploring her Inhuman origins, but Black Panther: Wakanda Forever (2022) is reported to bring Namor onto the big screen with Atlantis so it’s possible that the new Illuminati team will be created faster than expected.

Will the Illuminati Get Their Own Spinoff Series or Movie?

It’s very likely that the Illuminati will be seen again in the MCU and hopefully, they will get their own series on Disney+. In the comics, the Illuminati was formed to fight off the Skrulls and now Marvel is bringing the Skrull invasion story into the MCU in Secret Invasion.

Reports state that the series will happen during the Blip, but it could be where Marvel places the idea in Fury’s mind that a new secret super hero team needs to be formed which leads to him tracking down the smartest minds in the Marvel universe.

Fury brought the Avengers together in the early days of the MCU so it wouldn’t be a shock if he did the same for the Illuminati. While it’s unclear how the Fantastic Four and X-Men will be introduced in the MCU just yet, Fury may be the perfect character to bring all these characters together in the same room.

Do you like the Illuminati? Do you hope to see the secret super hero team return to the MCU again?