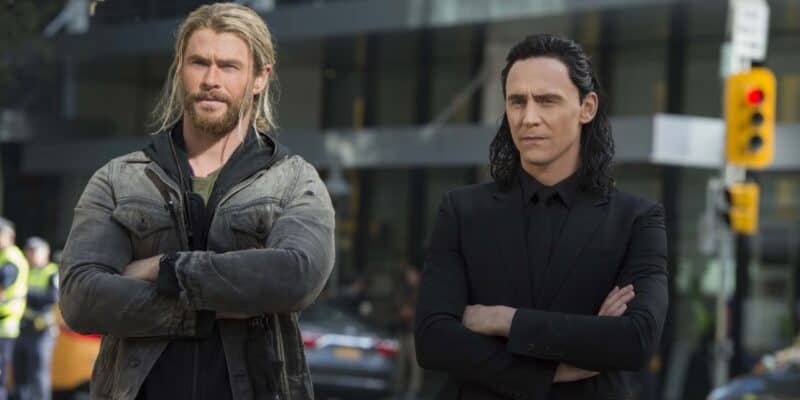 Fans of the Asgardian god of mischief, Loki (Tom Hiddleston), had to wait a long time for the Loki series to stream on Disney+. Loki introduced Marvel fans to the Time Variance Authority (TVA) and opened the Marvel Cinematic Universe to the Marvel Multiverse. But some fans have felt that Loki’s reveal that the trickster god was bisexual and gender-fluid stopped too short.

Loki starred Tom Hiddleston as Loki, Owen Wilson as Mobius M. Mobius, and Sophia Di Martino as Sylvie, a variant of Loki inspired by Marvel Comics’ characters Lady Loki and The Enchantress. Marvel fans celebrated when Loki was confirmed to be genderfluid as they are in Marvel Comics.

But that reveal came in a blink-and-you’ll-miss-it prop in the background of a single shot where fans caught the TVA’s file on Loki. The introduction of a variant of Loki who presented as female also confirmed Loki as genderfluid, but Sylvie was later revealed to be the only female variant of Loki that any character had ever seen. Marvel fans felt this undercut the reveal.

As for Loki’s bisexuality, it was also referenced in a single line, and the main variant of Loki was only ever seen showing romantic interest in his female variant. Even though many fans shipped Loki and Morbius, loving the chemistry between Owen Wilson and Tom Hiddleston.

Among the significant critics was Russel T. Davies, the Doctor Who showrunner. Davies, a gay man, has worked on Queer as Folk (1999) and It’s a Sin (2021). This year, he will be returning to Doctor Who with the first actor of color to play the time-traveling Doctor, Ncuti Gatwa, and the first trans actor to play a companion, Yasmin Finney.

In 2021, after Russel T. Davies has seen Loki, he told Vanity Fair:

“Loki makes one reference to being bisexual once, and everyone’s like, ‘Oh, my God, it’s like a pansexual show.’ It’s like one word. He said the word ‘prince,’ and we’re meant to go, ‘Thank you, Disney! Aren’t you marvelous?’ It’s a ridiculous, craven, feeble gesture towards the vital politics and the stories that should be told.”

“I don’t disagree that there should be bigger stories being told, but — and I think he has a right to his opinion — I’m very proud of what we did in the show. Russell is a hero of mine, but like I’ve said, I hope that we did at least open the door and that more stories will come.”

Herron, who identifies as queer, is still proud of Loki even though she admits that the Marvel original series could have gone further. She said:

“I just felt like I poured everything into it. It’s almost like a campfire story that every filmmaker kind of brings their take and their perspective. I just felt like I gave so much to this. I was like, ‘You know what, I feel like this was my effort for ‘Loki.’ I felt like having someone new and with fresh eyes — that, for me, is what will make a good season.”

Related: Star Defends Controversial Power Replacement, “Could Shoot Sausages” for All She Cares

Tom Hiddleston also recently addressed this same criticism in an interview with The Guardian two weeks ago. He said:

“I also hope Loki coming out as bisexual was meaningful to people who spotted it. It was a small step, and there’s further to go. But it was definitely important to all of us.”

Loki Season 2 is in the works, with the whole cast returning. But Kate Herron will be leaving the MCU behind for now. The first season cast included Tom Hiddleston, Owen Wilson, Gugu Mbatha-Raw, Sophia Di Martino, Wunmi Mosaku, and Richard E. Grant. It was written by Doctor Strange in the Multiverse of Madness head writer Michael Waldron.

Let us know if you are ready for Loki season 2 to build on the representation established in Season 1.