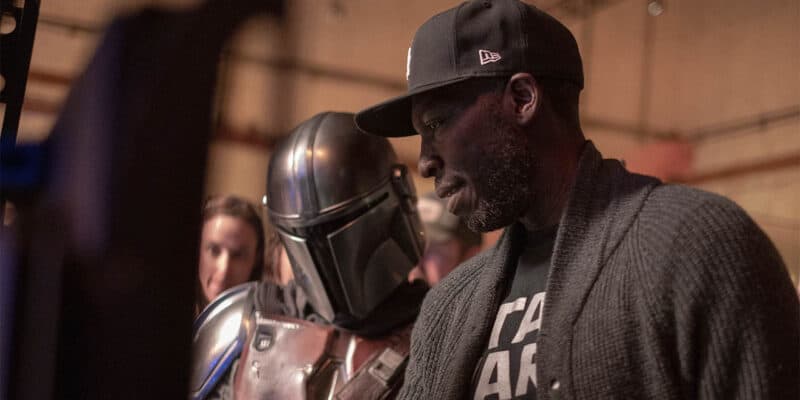 When The Mandalorian debuted on the then-new Disney+ streaming platform on November 12, 2019, it almost immediately changed the landscape of the Star Wars universe.

From the moment bounty hunter Din Djarin (Pedro Pascal) and 50-year-old infant foundling, Grogu — then known only as “Baby Yoda” or “The Child” — Star Wars fans felt that Jon Favreau and Dave Filoni were hearkening back to a bygone era when George Lucas still had full creative control of his space opera saga.

Then, Favreau and Filoni’s Mandalorian introduced a diverse cast of characters and directors, delivering fan-service in the best possible way and enriching the Star Wars galaxy with characters new and old.

And, following the conclusion of The Mandalorian‘s first spinoff, Temuera Morrison (Boba Fett) and Ming-Na Wen’s (Fennec Shand) The Book of Boba Fett, Disney officially introduced the “Mando-Verse,” indicating there are many stories left to be told within Favreau and Filoni’s corner of the Star Wars universe.

Now, one director, Rick Famuyiwa, has spoken out about how the franchise can stay fresh in today’s world.

“I think Star Wars and other franchises have to speak to that, or they become like artifacts — museum pieces that we study — and they’re not living and breathing. You have to be where the people are. And the people right now are a global community that has perspectives that are varied, but at the same time, a kind of universal thing binding everything together. And honestly, that’s what the Force is. That’s what the galaxy of Star Wars has always been about, represented through different alien species and droids and disparate sort of lands that both look familiar and not. But all of it was sort of shaped by one universal thing.”

The Wood (2000) director has already been at the helm of three episodes The Mandalorian —  “Chapter 2: The Child,” “Chapter 6: The Prisoner,” and “Chapter 15: The Believer” — and seems to have no plans to leave the galaxy far, far away behind anytime soon.

In his extensive interview, he also noted:

“I would say that my perspective is what’s allowed me to come into Star Wars and see and bring a different kind of point of view, and also be very much honoring the thing that came before. And I think I can only do that from my point of view, and someone else would do it from theirs, but I think this galaxy and others like it are big enough to tell those stories.”

…”there was this group of filmmakers that came together, and kind of brought together by Jon Favreau and Dave Filoni and Kathy Kennedy. But each of the filmmakers were from different perspectives and had different point of views. And so I’ve always felt that what makes The Mandalorian resonate so much is, of course, we got a very cool lead character that lots of people love, but I think also it’s that there were stories being told from a perspective that, even though it was in the world of Star Wars, it was new. It was different. It felt like what I was saying and my point of view was different than what Dave Filoni’s or Taika Waititi’s point of view were, than Deb Chow, but that they were all part of the same storytelling.”

Now, as the “Mando-Verse” continues to expand, The Mandalorian Season 3 is reportedly due to drop in December 2022. Then, Mandalorian fans can look forward to live-action Rebels sequel, Ahsoka, sometime in 2023.

There are also rumors of a Bo-Katan Kryze-centric series starring Sackhoff now that fired actress Gina Carano’s (Cara Dune) spinoff, Rangers of the New Republic, has been officially scrapped.

It is not known specifically when Rick Famuyiwa will return to Star Wars.

What are your thoughts on the future of Star Wars storytelling?

Comments Off on To Remain “Living and Breathing” ‘Star Wars,’ ‘Mandalorian’ Must Progress